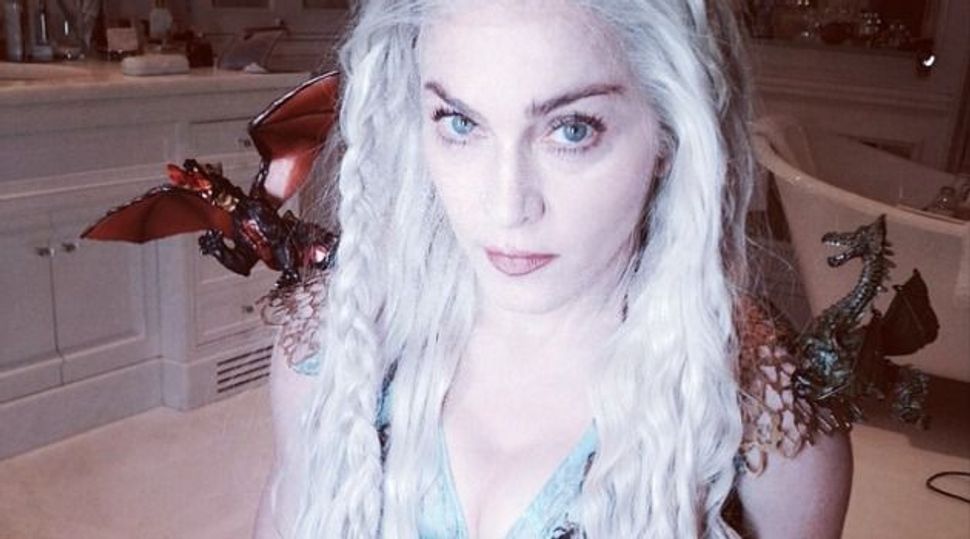 Stop the search: We have officially found the best Purim costume of the year.

Madonna celebrated the triumph of Jews over Haman and the return of “Game of Thrones” (April 6, you guys!) in one fell swoop by dressing up as Daenerys Targaryan, a.k.a Mother of Dragons, a.k.a Khaleesi.

She posted the picture to Instagram with the caption: “Happy Purim!!!!! All Hail All Queens! ##certainty”

Daenerys isn’t the only queen Madonna’s representing. Though raised Roman Catholic, the pop diva adopted Kabbalah in the late 90s and took the Hebew name Esther, as in Queen Esther, who saved the Jews and became Queen of Persia.