The Forward, ‘Blue Bloods’ and the Knockout Game 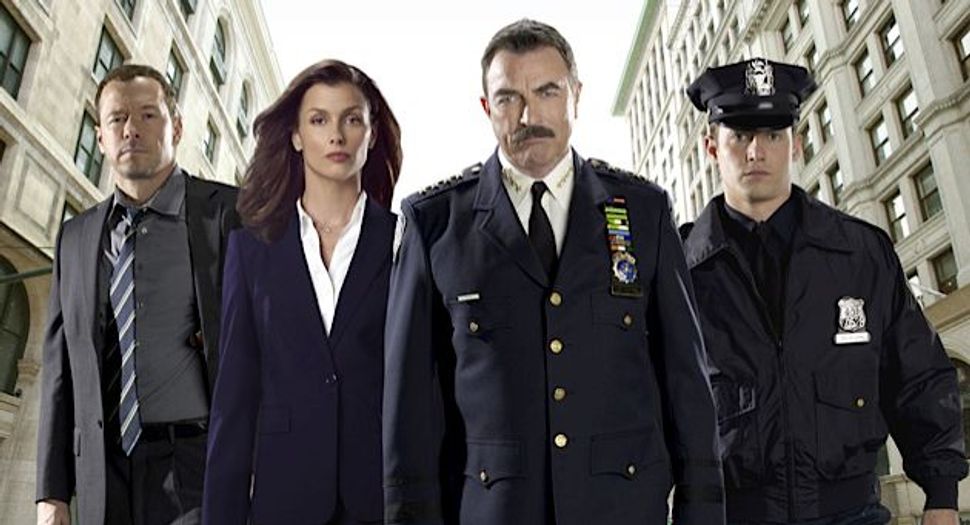 What happens when the New York City Police Commissioner wants his Deputy Commissioner for Public Information to ask the press for restraint?

There’s been an epidemic of the “knockout game,” where young males sneak up on unsuspecting people and punch them, and the commissioner wants to turn down the volume. But only two newspapers are willing to downplay the epidemic of violence: the Village Voice and yes, The Jewish Daily Forward.

It’s unlikely that either paper would bend to the will of a police commissioner, but that’s how the fictional story played out in last Friday’s episode of “Blue Bloods,” where Commissioner Frank Reagan (Tom Selleck) ordered his DCPI Garrett Moore (Gregory Jbara) to muzzle the media.

“Blue Bloods” follows the lives of three generations of the Irish-American Reagan family, all involved in law enforcement.

The Forward, ‘Blue Bloods’ and the Knockout Game