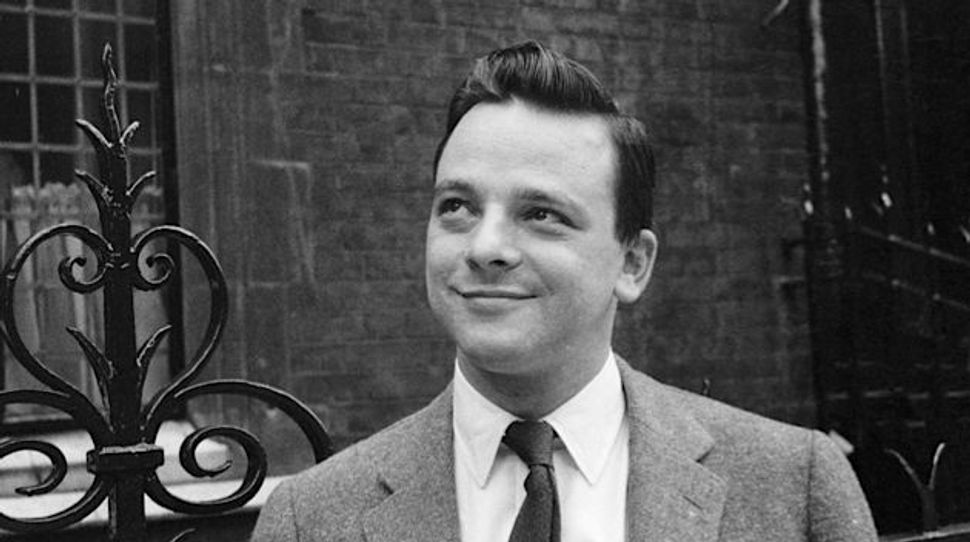 Now very much in his wonderful years, Broadway’s greatest living composer-lyricist is experiencing a phase in his career where revivals, musical reviews and fêtes honoring his achievements have filled the void left by the absence of new material. His last original musical, “Road Show” — which had been in development since the mid-1990s — played Off-Broadway at The Public Theater in 2008. One must look back to “Passion” in 1994 to find Sondheim’s last musical début on Broadway.

But since “Road Show,” Broadway has experienced revivals of “Gypsy,” “West Side Story,” “A Little Night Music,” and “Follies,” as well as a New York City Center production of “Merrily We Roll Along.” “Sondheim on Sondheim” — a revue which included an original song, “God,” written by Sondheim — played Studio 54 in 2010. Last year, New York City Center put on “A Bed and a Chair: A New York Love Affair,” which wrapped jazz arrangements of Sondheim’s back catalogue by Wynton Marsalis around an original plot.

Now, 54 Below — the Broadway cabaret and restaurant on West 54th Street — is staging “Three Wishes for Sondheimas,” turning Stephen Sondheim’s birthday — he will turn 84 on March 22 — into something of a religious festival for musical theatre aficionados. Described as “one part concert, one part hilarious worship service,” the evening will tell “the Birth of Steve as you’ve never seen it before,” featuring a salad of Broadway actors and dancers, puppeteers, and the Sondheimas Tabernacle Choir.

“With better songs than ‘The Greatest Story Ever Told’ and more laughs than ‘The Passion of the Christ,’ you’ll want to tell your grandchildren that you were there the day Sondheimas was first celebrated.”

Sondheim’s wonderful years, and in particular the reverence and festivity, are slightly odd considering that celebrations, and in particular birthdays, play an inauspicious role in his work. Such occasions rarely invoke the joy and merriment one typically associates with anniversaries — after all, happiness does not make for compelling theatre — and are instead imbued with melancholy and act as moments for reflection and introspection.

“Gypsy,” for which Sondheim wrote the lyrics, would set a tone. “Little cat, little cat, ah, why do you look so blue?” Louise enquires of one of her stuffed animals, sitting alone in another room away from her mother, Rose, “Did somebody paint you like that, or is it your birthday too?” “Do you think I’ll get my wish?” she asks her pet fish, and to her new pet lamb, the neglected Louise ponders, “I wonder how old I am?”

Birthdays and celebrations frame two of his better musicals, “Company” and “Follies.” “Company” opens with Robert — 35 years of age, perpetually-single and decidedly noncommittal — entering his apartment to be confronted with a surprise birthday party given by his best friends, all of whom are married couples. Robert is presented with a cake, but he is unable to blow out the candles. His wish shall not come true.

As the show proceeds, it plays out as a series of vignettes centring around Robert’s relationships with his married friends and his various girlfriends, with Robert as the camera. Robert’s life is without a core, absent of love and feeling. At the show’s conclusion, the final number, “Being Alive,” recalls the show’s beginning. “Blow out your candles, Robert, and make a wish,” his friend Amy pleads, “Want something. Want something!”

Sondheim’s parties are dark around the edges, scenes of confession and heartache, bitterness and emptiness. In “Follies,” the former members of the Weismann Follies gather the night before the Weismann Theater is torn down to make way for a parking lot. “Look at these people, aren’t they eerie? Look at this party, isn’t it dreary?” Sally sings. “I’m so glad I came.” The evening descends into chaos and madness as the vintage performers wallow in nostalgia and old feelings between Sally and Ben — both married to other people — resurface.

It would be reasonable to think from his work, then, that Sondheim might be uncomfortable with his own feting. But perhaps Sondheim in his wonderful years has experienced a kind of mellowing. After all, 54 Below’s “Three Wishes for Sondheimas” is endorsed by God himself. “Much as I would enjoy seeing your celebration (I think), I’ll be in Connecticut for my birthday and therefore unable to skulk in the background,” Sondheim wrote in a letter to the show’s producer. “Good luck with it, if that’s the proper thing to wish.”