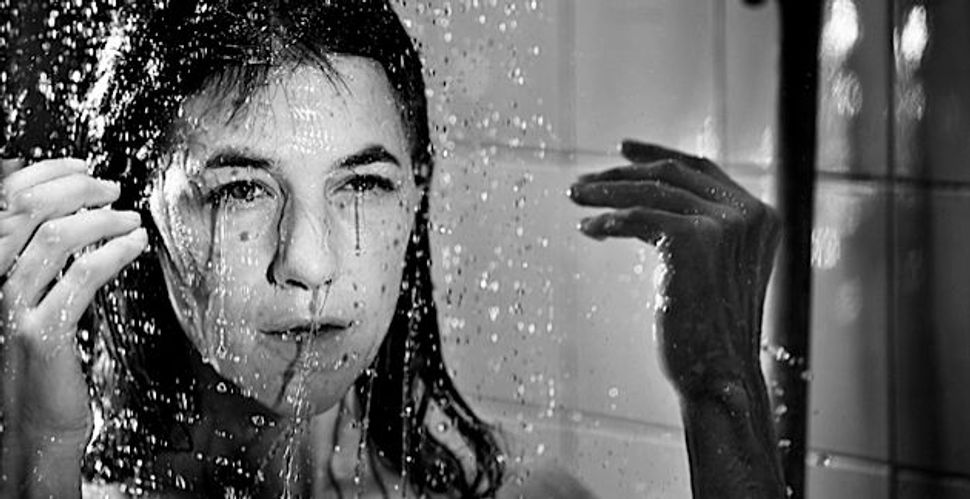 Charlotte Gainsbourg, 43, is the star of director Lars von Trier’s much-anticipated film, “Nymphomaniac.” She plays Joe, a sex addict, and the film covers 20 years of her unusual life. The Danish director is known for his penchant to shock audiences, but this film is not as sexy as you might guess, nor is sex the main story. Rather, it is a sad tale of a woman bent on self-destruction.

The film boasts an all-star cast including Uma Thurman, Christian Slater, Stellan Skarsgård, Willem Dafoe, Jamie Bell, Shia LaBeouf and newcomer Stacy Martin, who plays the younger Joe. The director’s cut is five and a half hours. For theatrical release, the film was edited down to four hours and split into two volumes. Both are deeply disturbing, yet fascinating. It’s a film unlike any you’ve seen before.

In addition to acting, Gainsbourg is a singer and the daughter of English actress Jane Birkin and French singer-songwriter Serge Gainsbourg. She is married to the Israeli actor, writer and director Yvan Attal and they have three children together. Her entre into singing was at 12 years old when she sang a duet with her father called “Lemon Incest” — with lyrics that are just as worrisome as the title implies. When she reached adulthood, Gainsbourg released three successful albums and she has appeared in films every year since 1984.

The Forward caught up with Gainsbourg to discuss her upcoming film.

Dorri Olds: What was the most challenging aspect of playing Joe?

Charlotte Gainsbourg: It was easy to say yes to a film that Lars directs because I love him but, of course, it’s challenging because you put yourself in extreme situations. Some of the sexual scenes I was a bit nervous about, but it wasn’t only that. It was also all of the suffering and overwhelming extremes. I want to go there, there’s no question; I want to explore things with him and he has such a wonderful method of working and exploring with you. When I was going into really dark places he was there with me. He adds a lot of empathy for the character.

How did your family feel when they saw the movie?

Really? Did you ask them not to?

No, I didn’t ask anything. I think it might be a bit embarrassing for people who know me well so I won’t push anyone into seeing the film.

Was it hard to come out of such a dark place after filming?

I have to say that during the shoot I was still breastfeeding my baby and it was so strange to go from such extremes on the set, dark places, to something so innocent and such light places in my hotel room with my little girl. I mean, it’s a film, and it’s a game and I have a lot of fun shooting.

Do you find yourself in the same creative place whether you’re preparing for films or your music?

No. For films I get the impression that I’m a tool and I love being a tool. I’m in the hands of a director like Lars and I want to be a puppet with him and that’s the whole pleasure. But with music it’s much harder. I have to put myself out there. I’m in command. I can say whatever I want to say and explore myself.

What are other projects you’re working on?

Since I did Lars’s film I have done six. Four in a row since last September. I did a Wim Wenders film that I loved doing [“Everything Will Be Fine”]. I had a film with Asia Argento [“Incompresa”] where I’m playing a mother. Then a French comedy [“Samba”]. It was lovely to go from Lars’s film to a comedy.