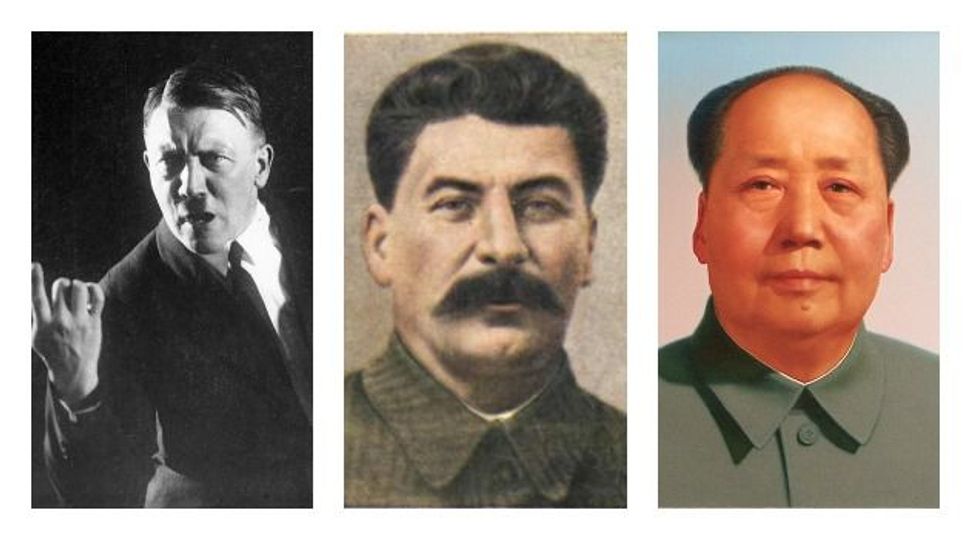 These are the hard-hitting questions that Vice is setting out to answer. Forget March Madness. They’ve come up with Hitler Madness, the tournament to “officially determine the most Hitlerish person of all time.”

Some who play the Hitler card are trying to be funny or controversial in order to get attention; others are just trying to say, “This person is very, very, very bad.” Usually, the comparison backfires horribly and the comparer inevitably has to issue a public statement that says something like, “That person who I said was like Hitler is very, very, very bad—but he or she is not Hitler-esque. I’m sorry.” A good rule of thumb is to never, ever call anyone Hitler, since you’ll end up apologizing and there are far more creative and specific ways to insult your enemies. (And anyway, Hitler is often just a generic term meant to connote ultimate evil rather than an accurate comparison with the real, historical German dictator.)

There are four categories competing, with eight contestants each: Dead People, Living Politicians, Not That Much Like Hitler and Non-Humans.

Who will take home the (not-so) grand prize? Make your picks here and find out.