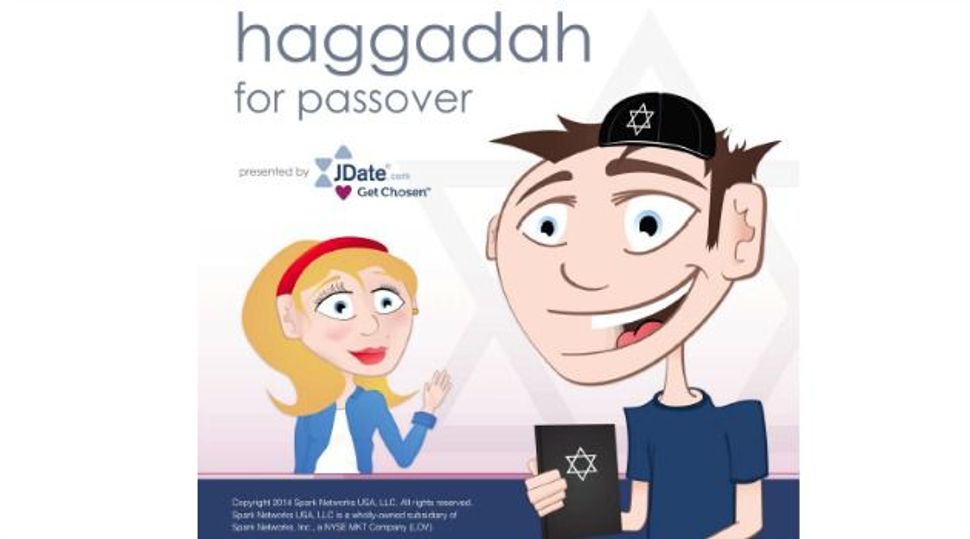 Of course you do. And JDate has your back (though you may have to cling to the thought that “all publicity is good publicity”).

For the second year in a row, the online answer to all Jewish mothers’ hopes and dreams has come up with its very own Passover haggadah, available on iTunes and as an iBook, compatible with smartphones and tablets, for the hip Jewish single on the go.

So, how is this haggadah different from all other haggadahs, you may ask? Well…

Does your regular old haggadah have these? I think not.

Those imaginary profiles aren’t the only time the 43-page ebook takes some, ahem, creative liberties with the Exodus story. Remember those pesky ten plagues? — locusts are so 1451 B.C.. Now, you can fear “unsolicited Snapchats” instead. The new haggadah includes an updated “First World Problems” version of the plagues, including:

Maybe it’s just me, but the ethics of comparing the infamous “Red Wedding” scene — shocking as it may have been (assuming you hadn’t read the books) — to the slaying of every first-born Egyptian child, seem a little iffy.

But snarkiness aside, there is something to be said about JDate’s attempt at revamping the traditional Haggadah commentary. Speaking as a moderately engaged Jew in my 20s, the dry and pontificating explanations that run side-by-side with Passover prayers do absolutely nothing to help me enjoy the non-food part of the Seder.

So while I may roll my eyes at somewhat relevant side-references to Six Degrees of Kevin Bacon (an analogy used to explain beitzah, the egg we eat to symbolize the circle of life) and Dr. Who (don’t ask), it’s nice to see a holiday text trying to get with the times.