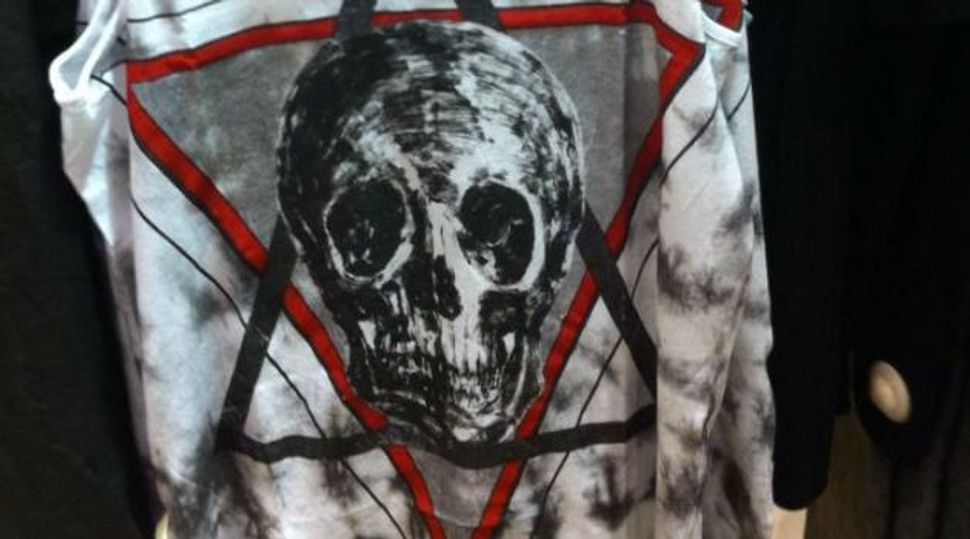 Someone at H&M apparently came into work one day thinking: ‘I have a great idea for a shirt! Let’s design a Star of David, and place a skull smack in the middle of it! That’ll go huge!’

Obviously, they were mistaken. The European retailer has removed the tank top from their shelves, after several complaints that it gave off anti-Semitic vibes. As Rabbi Abraham Cooper, associate dean of the Simon Wiesenthal Center, rightly pointed out:

“While we may not know what the intentions of the designer might be, it is fair to also ask to those in the chain of command of this international company: Was there no one who upon seeing the shirt would have immediately understood what the negative impact of juxtaposing the skull and Magen David would be on an entire community?”

The offending item was posted to Twitter by Israeli blogger Eylon Aslan-Levy, who then wrote about it in the Times of Israel on Sunday.

Why is H&M selling a vest with a skull emblazoned over a Star of David? Email [email protected] to complain pic.twitter.com/Foz8H7zeq2

“Please accept our most sincere apologies that this has caused offense,” a company spokesperson said. “We understand the criticism and in response to this have decided to remove the T-shirt from all stores with immediate effect.”

Sensitivity training is a good investment, guys. Sounds like you need it.