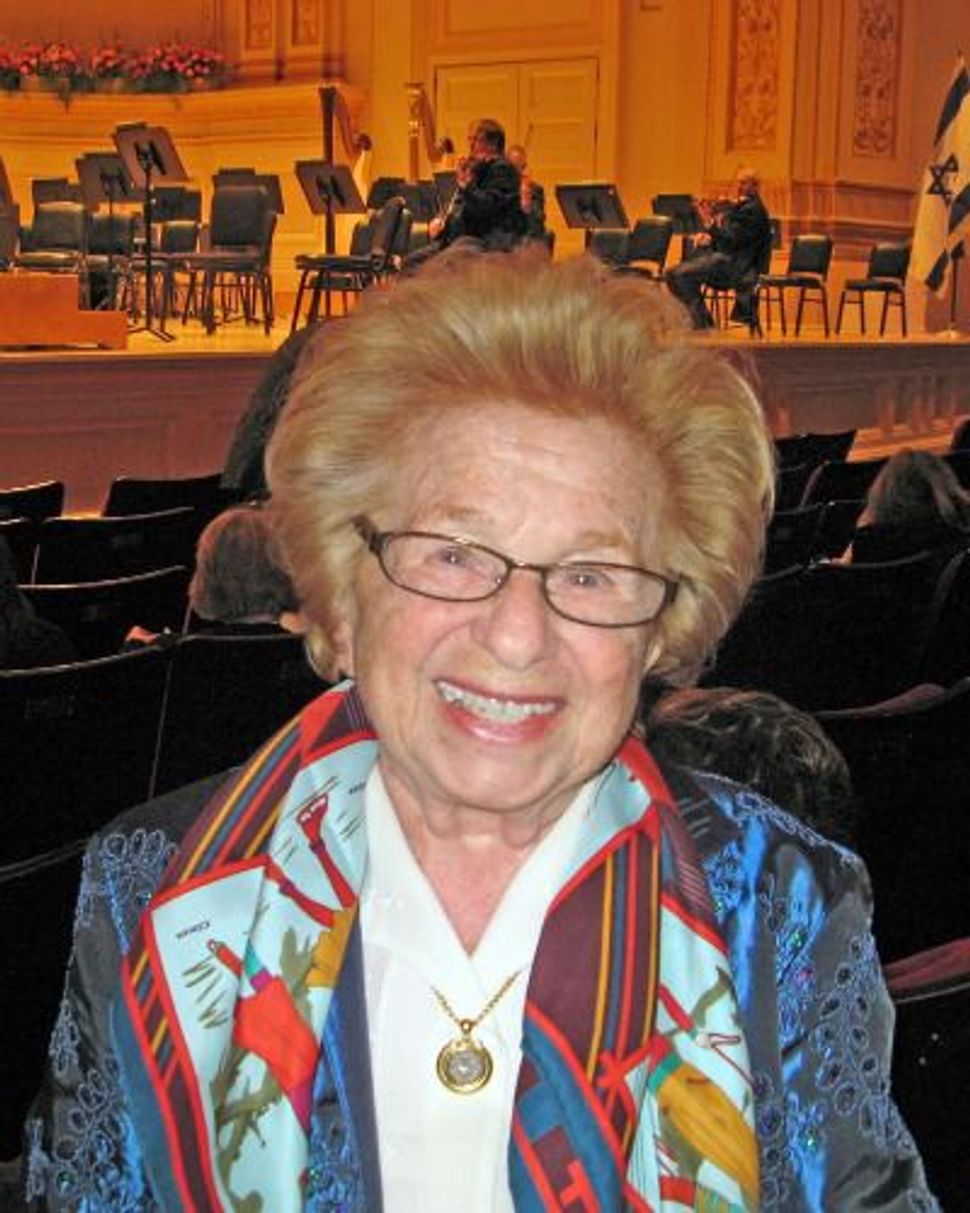 In past years the American Friends of the Israel Philharmonic Orchestra concert at Carnegie Hall opened with the IPO orchestra on their feet in a rousing rendition of “The Star Spangled Banner” followed by “Hatikvah.” At this year’s March 20th concert — a welcome addition was Cantor Azi Schwartz of Park Avenue Synagogue, who led the standing audience in singing Israel’s national anthem.

Maestro Zubin Mehta launched the evening with Hungarian-born Israeli composer Odon Partos (1920-1977) edgy Concertino for Strings which would have made a wonderful score for a film akin to Hitchcock’s “The Birds.”

Adding visual spectacle to Johannes Brahms Concerto for Violin & Violoncello in A Minor, was world renowned South Africa-born, Canada-raised cellist Amanda Forsyth who launched her IPO debut by sweeping across the stage in a spectacular billowing lemon yellow organza gown with a black lace bodice. Seated on a platform — bracketed by phenomenal violinist Pinchas Zuckerman (her husband) to her right and conductor Mehta on her left — her undulating movements added a balletic component to her spectacular performance. Tchaikovsky’s Symphony No. 4 in F Minor, Op. 36 (aka known as “The Tchaik” by cognoscenti) concluded the printed program.

The finale was the Mehta led not-on-the-program tribute to the late Academy-Grammy- Emmy- and Tony Award winning composer Marvin Hamlisch—a medley that opened with “Memories” and included the iconic “One” from “A Chorus line” as well as excerpts from the film score “The Sting” –all of which was greeted by applause, hoots and hollers.

At the post-concert dinner at the Plaza, the black tie gowned guests included Benefit chair Melissa Manchester, AIFPO president David Hirsch and Rochelle Hirsch, Elaine Wolfensohn and Terre Blair Hamlisch. The concert was underwritten by Rita and Charles Bronfman and Ingeborg and Ira Leon Rennert whom David Hirsch thanked for being “active friends of the orchestra and their love of Israel and [unsurpassed] passion for classical music.”

In the concert program notes, Hirsch informs that the generous gifts help fund “the IPO’s numerous concert series…educational programs [and] brings the magical gift of classical music to over 29,000 school children annually.”