A Holocaust Movie Without a Soul 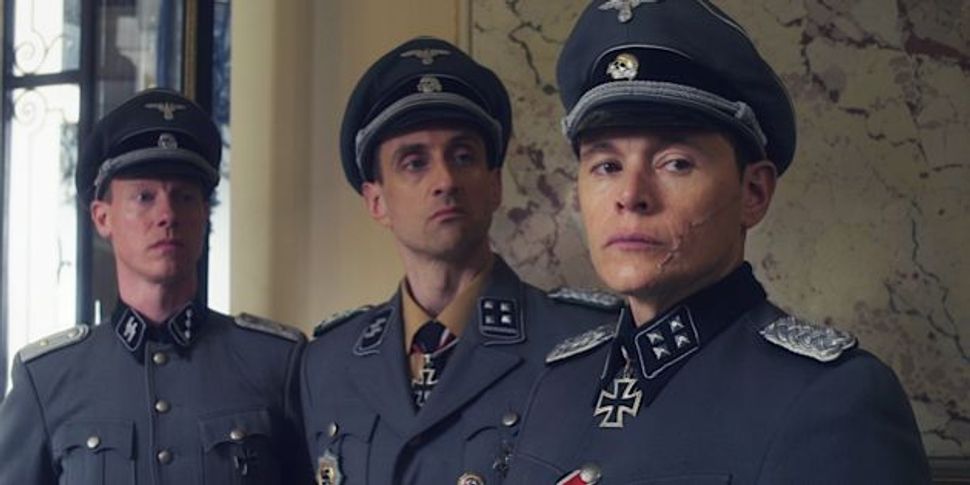 “Walking With the Enemy” has brave Jews standing up to the Nazi death machine. It has helpless Jews loaded onto cattle cars. It has good Germans unwilling to participate in the eradication of a people. It has both Hungarian anti-Semites and Hungarian nuns who sheltered the oppressed. In short it has everything a good Holocaust film should have — except soul.

The film tries to do too much. Because it wants to be fair to everyone on both sides of every issue, it lacks the emotional connection a more focused approach might have.

It also lacks context. Hungary may not have been the place where the most Jews were murdered, but it is where they were killed with the greatest Nazi efficiency in the shortest amount of time: About 400,000 liquidated within a couple of months.

And while some of this is hinted at, it is never explained, diminishing the movie’s impact.

Hungary was an Axis ally during much of the war. This was good for Jews, because it meant Nazi troops were not stationed there and the country’s regent, Miklos Horthy (a woefully under utilized Sir Ben Kingsley), was able to protect his people from the worst of the German race laws.

While this is an over-simplification — there were numerous geopolitical forces at play here — it’s clear that when Horthy attempted to negotiate a separate peace with the Allies in 1944 the Nazis invaded Hungary and forced the Final Solution onto a sometimes all-too-willing populace. By mid-May they began the systematic deportation of Jews to their deaths.

In “Walking With the Enemy,” Elek Cohen (Jonas Armstrong) escapes from a labor camp, steals a Nazi uniform and mingles with SS officers to get useful information for the anti-fascist underground. He works with Swiss diplomat Carl Lutz (William Hope) — a real-life hero enshrined in the Righteous Among the Nations at Yad Vashem — to issue letters of protection to Hungarian Jews that reportedly saved upwards of 62,000 people. He also uses his fictitious rank to waylay Jews being marched to death camps, telling their captors the Jews have been assigned to other work details.

Cohen is based on a real-life hero, Tiobor Rosenbaum, but more than his name was changed. What bothered me throughout the film was how a native Hungarian could learn German well enough to pass as a Nazi officer. In real life, of course, Rosenbaum didn’t pass as a German soldier. He wore the uniform of the Arrow Cross, an anti-Semitic political party that aided the Nazi’s extermination efforts.

It’s unclear why screenwriter Kenny Golde made the change, but it is distracting. (Interestingly, Golde is the only one of the filmmakers who does not get a bio in the press notes provided by the publicist. He’s not mentioned at all at the movie’s web site.)

Finally, this is the first directing effort for Mark Schmidt, and it shows. His storytelling is disjointed, and he has yet to learn that in filmmaking less can be more. What could have been a story of remarkable real-life heroism comes off as clumsy, and is unlikely to find fans even on the Jewish film festival circuit.

A Holocaust Movie Without a Soul