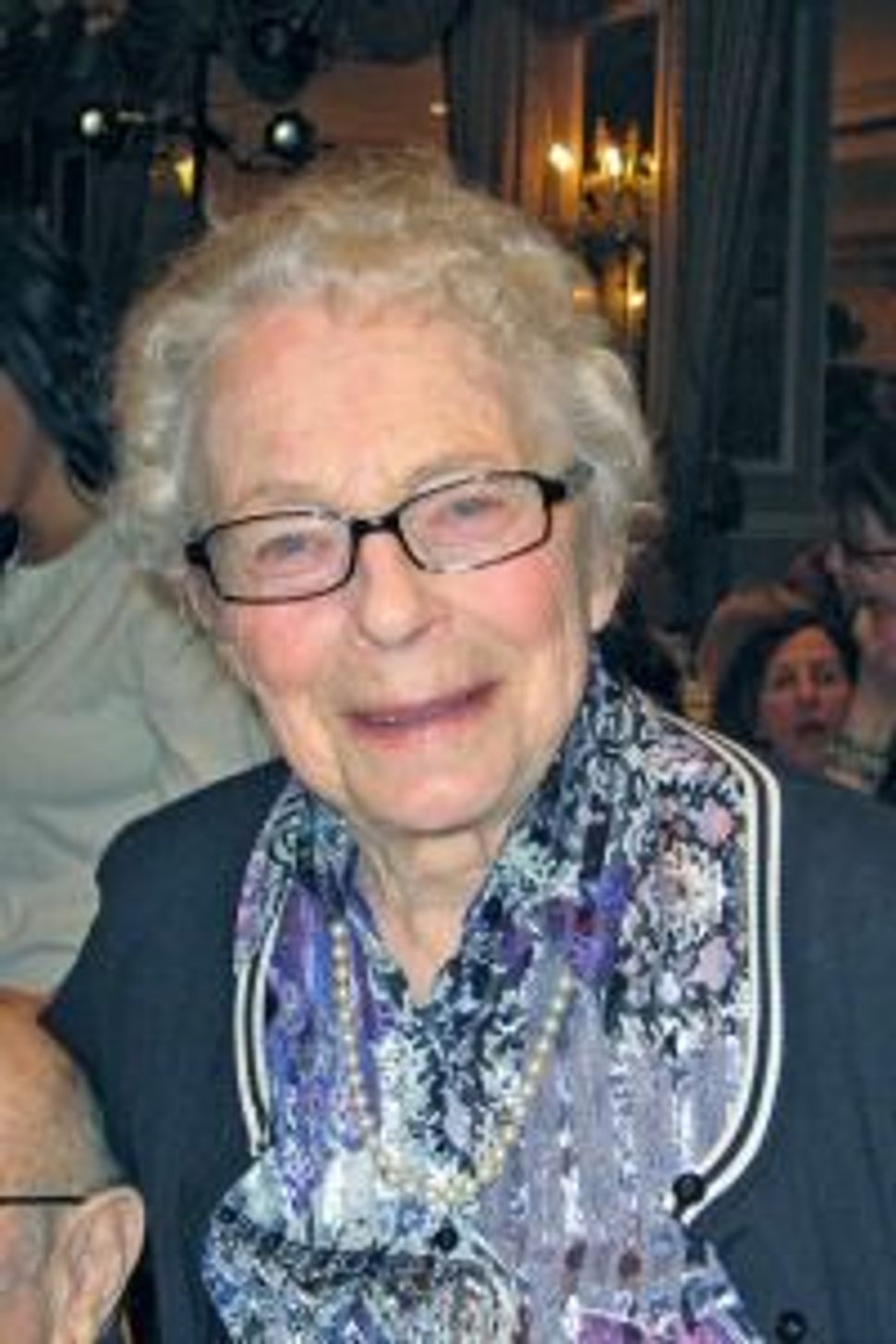 A feisty 89-year old Hanna Slome had the 320 guests at the April 1 Museum of Jewish Heritage — a Living Memorial to the Holocaust Spring Luncheon at The Pierre — “ahhing” and laughing as she recounted her survival saga.

I had known Hanna for some forty years but it wasn’t until I spotted her in the 2013 documentary “Nicky’s Family” that I — and the rest of her friends — learned of her history, which she is now sharing with audiences around the country.

In his welcoming remarks, Museum director and CEO David Marwell dubbed the event “the most rewarding of the museum’s calendar.” Luncheon co-chair Patti Kenner launched the event, and to the delight of the guests co-chair Ann Oster informed: “I’ve lost 25 lbs., had my hair done and now have a new boyfriend.” On a somber note she said: “I am Second Generation [and] you are doing a mitzvah being a witness to a Holocaust survivor. You must remember your legacy.”

Following a clip from the film, “Nicky’s Family,” Hanna, who was born in Moravska Ostrava, Czechoslovakia, began: “I did not talk about it for 60 years.” She offered a breakneck speedy overview of the historic canvas of her prewar life. Her father was a lawyer; chairman of the local Maccabbi Sports Club, there was a housekeeper, a grand piano and ski vacations. The family arranged for her and her brother’s escape, but enroute to the U.S., her father and brother learned that Czechoslovakia had been invaded by the Nazis. Hanna stayed behind with her mother. 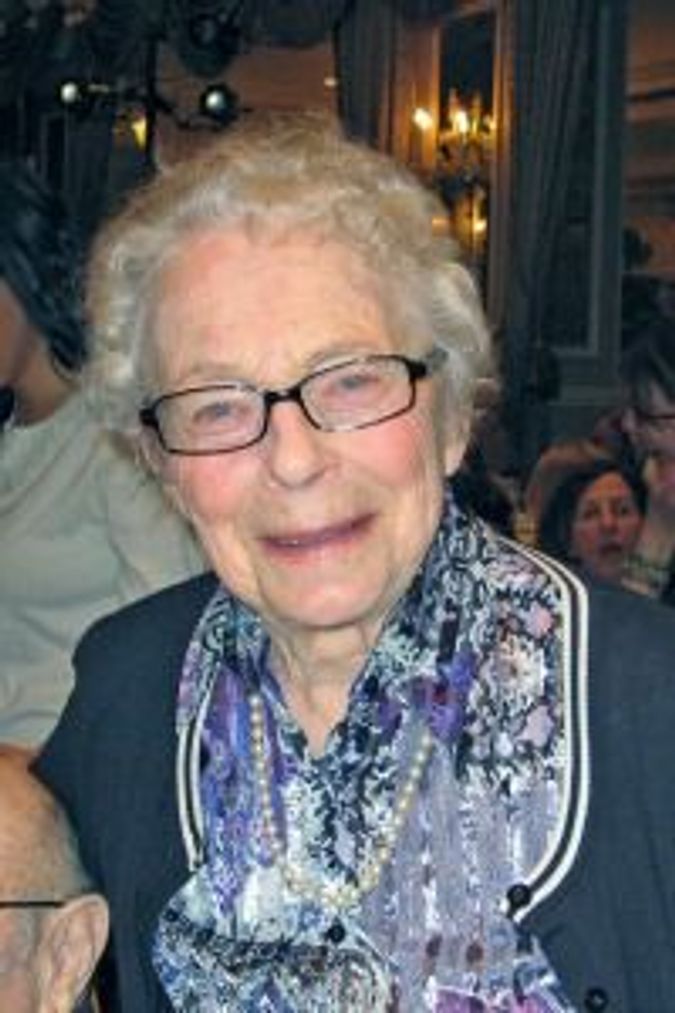 “I was lucky to be on ‘Nicky’s List,’” she said. Without seeming to take a breath and getting more laughs than many a comedian, Hanna recounted her past: “I had little education…. I was a good wife and a good mother. When I arrived in London I could not speak English…but I got a badge for swimming the [breast] stroke… I was a good maid…I changed homes… I wanted to go to school…”

En route to America on a merchant marine ship she vowed: “I was not going to be seasick.” She accidentally left her bra on the pillow of a sailor…. who got in trouble. “I went to Jamaica High School. I flunked English and Algebra…. I decided to look for a husband…. He wanted a girl with money…. Took three years to marry me…. We went on a cruise — The Staten Island Ferry.” The audience ate it up!

A surprise bonus was a video greeting to Hanna from her rescuer 104(!) year old Sir Nicholas Winton — a.k.a. “Nicky.”