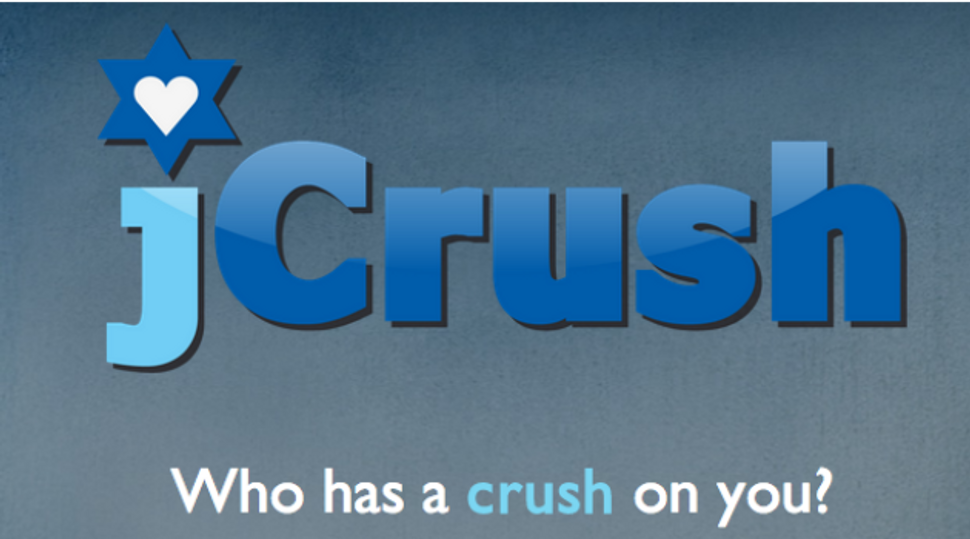 There’s a new Jewish dating app in town. And it’s like Tinder. For Jews.

Launched about a month ago, JCrush uses similar location-tracking technology as Tinder. According to the Jewish Chronicle, the app now boasts over 5,000 users in the U.S., Israel, the U.K. and Australia.

“The global Jewish community lacked a modern tool that specifically catered to its demographic with a way to connect,” founder Sonya Kreizman, 28, told the Jewish Chronicle. “I believe that having an app at your fingertips will revolutionize the way Jewish singles meet.”

According to Kreizman — who developed the app with 38-year-old Israeli entrepreneur Itay Koren — JCrush stands out from the pack of similar dating devices because of its uniquely Jewish features.

When users view a match, they have the following options: Oy Vey! (no way) Maybe, (self-explanatory) or Crush (it’s on).

Referring to the “maybe” option, Kreizman added: “We made that because the Jewish pool is limited. It allows you to go away and think about someone and look around before deciding if you like them.”

Basically, it’s the online equivalent of your mother telling you: “Try it out. What’s the worst that can happen?”

JDate better watch its back.