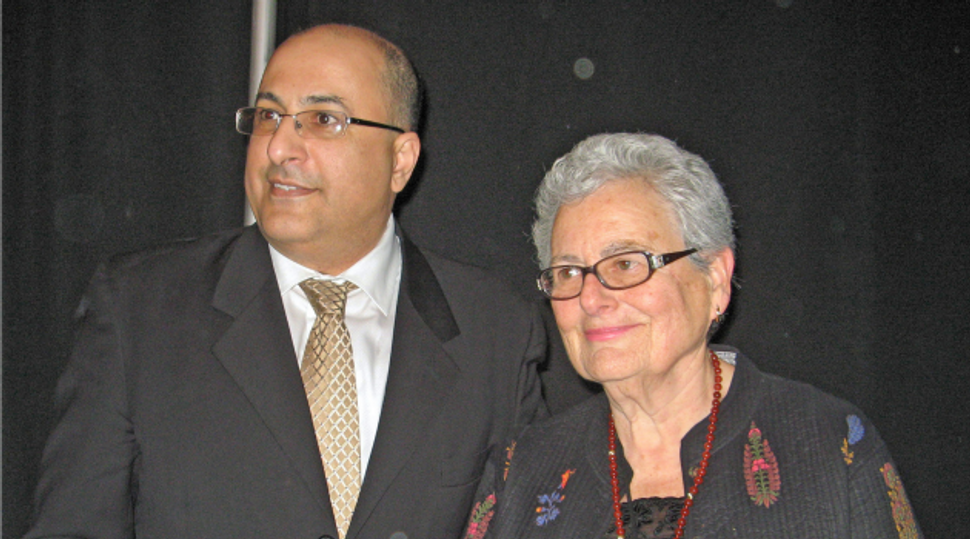 “Mayor Koch believed that mayors were not elected to be president…but to pick up garbage …balance the budget…” said Marcia Kramer, CBS2 New York chief political correspondent and a panelist at the April 3 Tribute to Mayor Edward I. Koch and Benefit for Beit Morasha’s Edward I. Koch Center for Public Policy and Jewish Ethics In Jerusalem.

Held at the Harmonie Club, emcee NBC4 New York Anchor, Chuck Scarborough recapped President Ford’s “Drop Dead!” message to the City and its “1977 riots and death spiral.” Discussion moderator “Maury Povich,” — taking a break from his syndicated “The Maury Show” featuring couples anxiously awaiting results of paternity tests — expounded on Koch’s agile maneuvering “to get elected and save the city.”

“Koch made chutzpah a New York virtue.” joshed NBC4 New York senior correspondent Gabe Pressman. “In the 1970s he was considered a schlemiel…. grew into the job as mayor and was more available than any other mayor.” Pressman also alluded to the “pain in his life”— the suicide of Queensboro President Donald Manes. “It haunted him for a long time…. He was never accused of city corruption but it was on his watch.”

N.Y. Post political correspondent Michael Goodwin remembered Koch as “a loyal Democrat to the end [and] I suspect he’d have supported de Blasio but not a lot of his rhetoric.” Also on the panel: Peter Solomon, former deputy mayor of economic policy and development in New York City.

Aharoni acknowledged his “debt to “dear friend” [public relations maven] Howard Rubenstein when he arrived in New York “two months before 9/11” and was told, “the first person I need to meet with and seek advice from was Ed Koch… He was a legend in Israel…. Why would he meet with me? Not only did he take my call, but invited me to his office, interrogated me about my career, my work for Shimon Peres.

Harking back to the prior night’s JCRC (Jewish Community Relations Council) Annual Gala at The Pierre at which he was the keynote speaker “with Mayor de Blasio present,” Aharoni said, “I grew up in a suburb of Tel Aviv and would pass a street named La Guardia every day. I had no idea who LaGuardia was…. Later I discovered a street named Ed Koch and — of course — there will be something named after [Michael] Bloomberg. So I told Mayor de Blasio that I wish for him one day there’ll be a bridge in Tel Aviv named de Blasio Bridge so that my grandchildren will pass the bridge and know who de Blasio was.