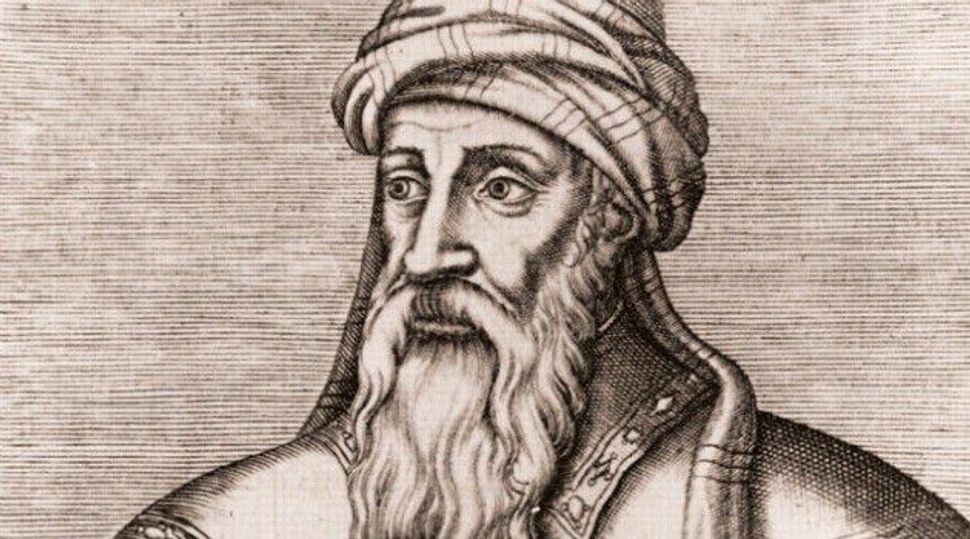 Have you ever scrolled through Buzzfeed thinking, ‘If only this could be a little more Jewish?”

Someone in the wide netherworld of the Internet has heard your prayers and answered them. The result is BuzzTorah, a spoof of the news site that launched a thousand listicles created by Yeshiva University students.

The website self-describes as a “Torah and Jewish Life website featuring quick and comprehensive content like lists, pictures, GIFs, and short articles. We believe the internet can be a strong tool capable of affecting change and spreading Jewish values.”

Some of the content — like “7 Charosets from Around the World” —  could actually be featured on Buzzfeed, which has been known to publish a Jewish-themed article or two (“35 Signs You Were Raised By a Jewish Mother,”, “32 Things Jewish Girls Can’t Resist, “ and “The Official Ranking of the 51 Hottest Jewish Men in Hollywood,” being recent examples).

But BuzzTorah’s appeal comes from the posts that most average BuzzFeed users wouldn’t quite relate to. “5 Rashis You Don’t Want to Miss This Week,” for example, is touted as “Rashi always has great stuff to say. Here, we choose 5 of his commentaries that you don’t want to miss.”

The Orthodox-geared website ironically gained mass attention when Buzzfeed editor-in-chief Ben Smith, himself a member of the tribe, tweeted out a link on April 4.

@BuzzFeedBen I’m becoming skeptical of BuzzTorah though. A proper Jewish listicle site should only use multiples of 18.

Once you’ve delved into Rashi’s mind, you might want to know where he came from. For that, try “15 Ancient Cities of our Sages Revisited”.

Is your mom bugging you about those Skittles you’ve been chowing down on? Show her “9 Greatest Things to Become Kosher in the 21st Century,” (and get some new snack ideas in one fell swoop.)

The list(icle) goes on and on.