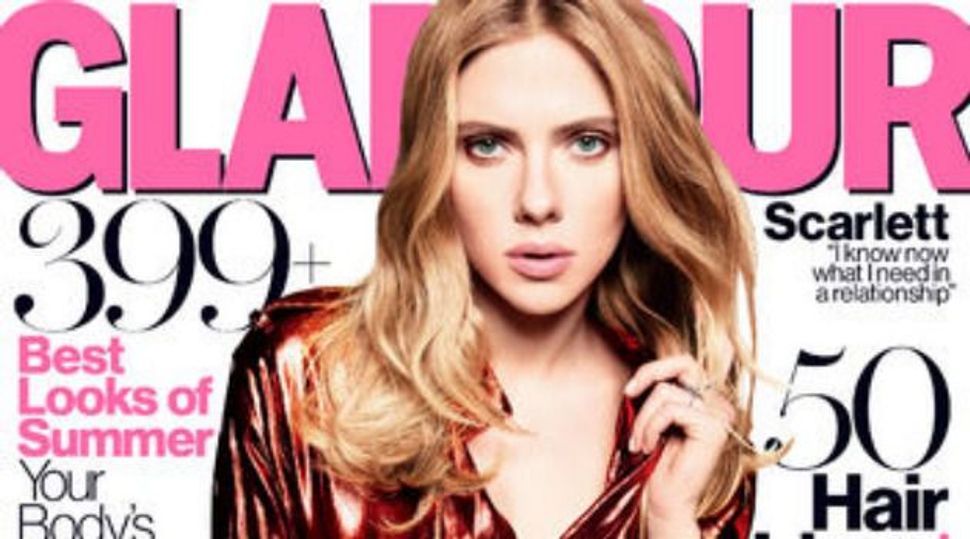 Uh oh. Turns out we’ve all committed a major faux-pas when it comes to Scarlett Johansson. And no, it’s not questioning her political correctness over the SodaStream debacle.

In an interview for the April cover of Glamour, the 29-year-old actress complained that she really, really hates it when the media calls her ScarJo.

“I associate that name with, like, pop stars. ‘It sounds tacky. It’s lazy and flippant … There’s something insulting about it,” she said.

So, on behalf of all media, I want to formally apologize to JLo, JLaw, KStew, the Biebz and anyone else we’ve bestowed a character-saving nickname upon — you know, the age of Twitter and all that.

It’s not the first time Johansson has come out against her moniker. In 2012, she told USA Today: “It’s a laziness … People can’t actually say the whole name? It’s just bizarre … so Cate Blanchett is not, like, ‘CaBla’? Why is that? Why do I have to get stuck with [ScarJo]?”

It’s because we love you. Promise.

Which Jewish celebrity names can we butcher next? I vote for NPort.