What Would Moses Do? You Decide. 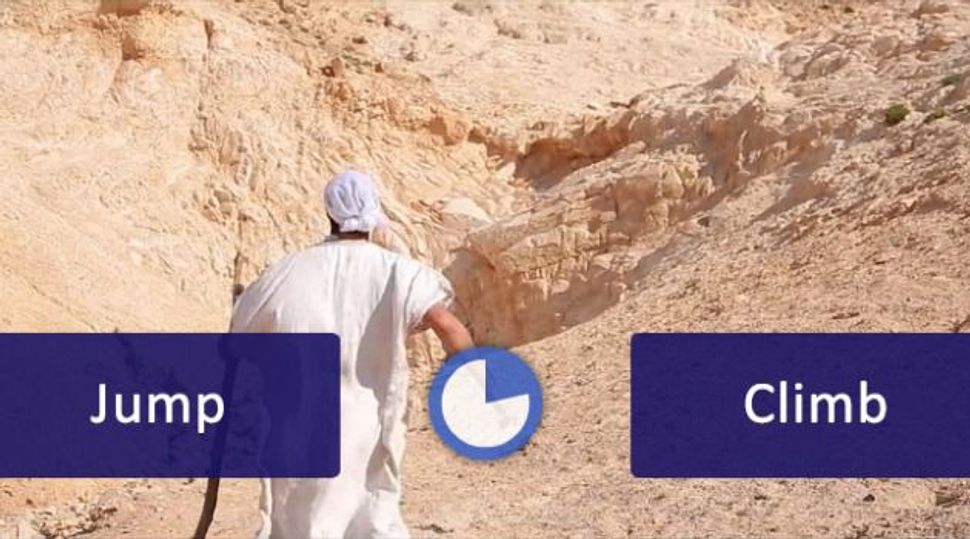 WWMD — What would Moses do?

We ask ourselves a lot of questions around Passover. Why not that one? Now, you too can be faced with decisions determining the fate of the entire Jewish people.

The Fountainheads, a musical group out of Israel’s Ein Prat Academy for Leadership (a program for post-army or post-academy students) have released a new interactive video with a Passover-theme.

“Escape From Egypt,” lets you control the Exodus story in real time, creating one of hundreds of different possible story-lines, The video uses technology developed by Interlude, the Israeli startup that recently made waves with their video forBob Dylan’s “Like A Rolling Stone.”

“Pesach is the Jewish story,” said Avital Stein, the band’s director. “It’s the story of the Jewish people and there’s so many different details and drama that everyone can relate to today.”

The whole thing is akin to “Choose Your Own Adventure” (Pesach edition}, to the tune of an original score.

Shani Lachmish, Jeff Petroff, Zlil Rubinstein, Orri Dror (base guitar), Tal Michles (lead guitar), Dan Cohen (drums) and Amir Goldberg (keyboard), met during a session at Ein Prat in 2011. Armed with a green screen and their instruments, they put together a Hannukah video and threw it up on Youtube. It got over 40,000 hits.

Since then, they’ve released 10 videos, and have over 5 million combined Youtube hits. Their 2011 Rosh Hashanah song, “Dip Your Apple,” was the most-viewed Youtube video in Israel that year.They’ve played for audiences in Israel, Europe and North America, and wrote the theme-song for “Advanced Search,” a mini-series on Judaism which aired on Israel’s Channel 2.

You can catch the Fountainheads on their fifth world tour — they’ll be making a stop in the U.S. in time for Yom Ha’atzmaut, Israel’s Independence Day, in May.

Until then though, your adventure awaits here.

What Would Moses Do? You Decide.