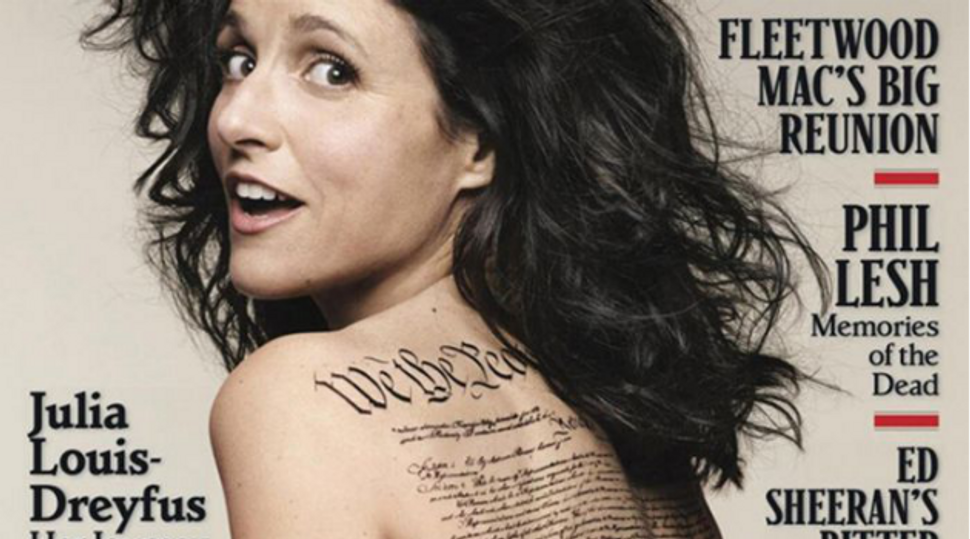 Memo to celebrities: Next time you’re in a media bind, give Julia Louis-Dreyfus a ring-a-ling.

The leading lady of comedy, who appeared on the cover of this month’s Rolling Stone in nothing but a back tattoo of the Constitution (a tribute to her role as Vice President Selina Meyers in “Veep”), was called out for the lack of historical accuracy in her ink.

Dear Rolling Stone magazine: if you put a naked, tattooed Julia Louis-Dreyfus on your cover, fact-check the tattoo http://t.co/oYtZr0CmjZ

John Hancock signed the Declaration of Independence, not the Constitution. Duh.

Even the National Constitution Center got in on the fun.

George Washington to .@RollingStone – Thanks for the shout out but no Hancock here (picture from Signers’ Hall). http://t.co/bUHBOblDTR

But Julia one-upped them all with this:

Come on, guys. This is Elaine we’re talking about. You know better than to mess.