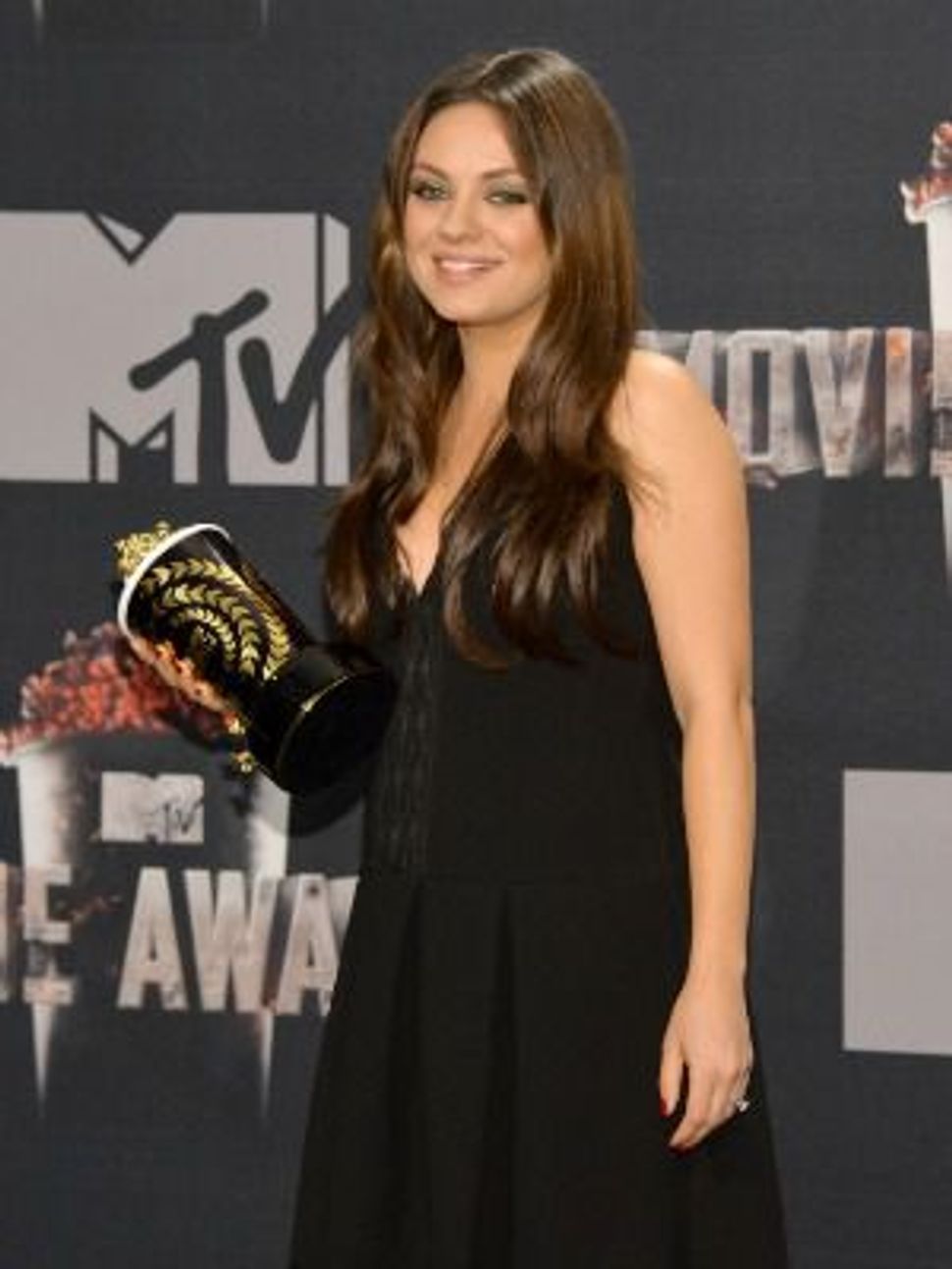 Mila Kunis puts the va-va-voom in villain. And now, everybody knows it.

The 30-year-old actress looked amazing as she accepted the golden popcorn for Best Villain in “Oz the Great and Powerful” during last night’s MTV Movie Awards.

“Listen, you guys, you just made my 12-year-old self dream come true,” she said. “This is by far the coolest award and I just realized I was the only woman nominated and I won!”

Kunis and fiance Ashton Kutcher, 36, are reportedly expecting their first child ). Though the couple has kept silent on the subject, multiple sources confirmed the news in late March.

The name game hasn’t started yet, but RadarOnline reported in December that the two planned on raising their prospective children in the Jewish tradition (Kunis is a Ukrainian Jew).

Pregnancy agrees with you, Mila. Keep rocking it.