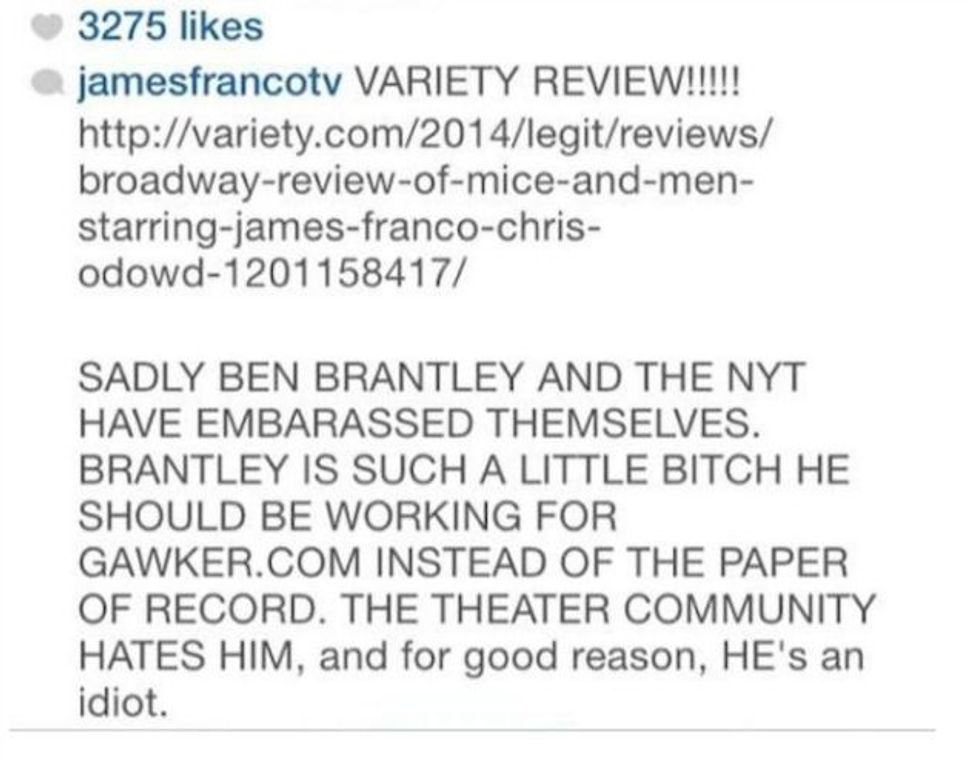 James Franco is good at lot of things (acting, directing, teaching, writing, selfies) but taking criticism isn’t one of them.

The actor took to Instagram to post a positive review by Variety praising “Of Mice and Men,” in which he currently stars with Chris O’Dowd. He also used the opportunity to call New York Times theater critic Ben Brantley “a little bitch.”

Brantley had apparently called the play a “respectable, respectful and generally inert revival” of the John Steinbeck classic.

The comment has since been deleted but here’s a screenshot, per Gawker (also included in Franco’s instarant):