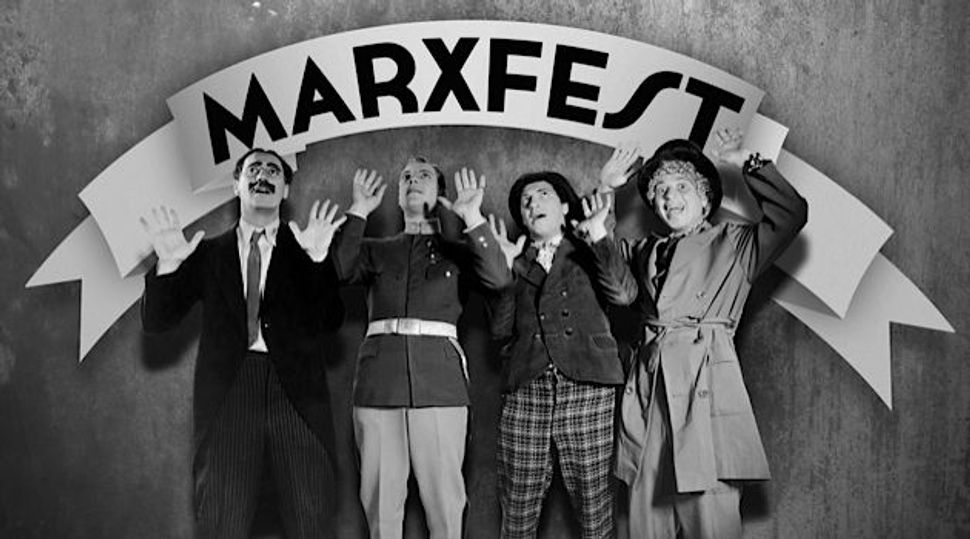 It’s been 100 years since four brothers — Leonard, Arthur, Julius and Milton — sat down at a table and, with the assistance of a fellow vaudevillian, reinvented themselves as Chico, Harpo, Groucho and Gummo. The centennial anniversary of that comic rebirth will be celebrated with Marxfest, a month-long series of screenings and discussions taking place in May.

Noah Diamond is one of six committee members running the events. They are “mostly New York theater people and media people who were sort of passionate about the Marx Brothers,” he said.

Why this obsession for comics long gone? “I think the simple answer is that they were so funny. If you watch their films today, they are still so surprising and so fresh.”

Diamond, an actor and writer who has performed as Groucho, noted that many of the events are free and others are moderately priced. “Hopefully if we sell a reasonable amount of tickets we won’t lose money.”

The brothers were Jewish, though not observant. Diamond says that in “The Cocoanuts,” Groucho is credited with being the first actor to speak in a natural New York/Jewish accent rather than the sort of high-tone faux British accent typical of the time. Harpo donated his harp to the State of Israel.