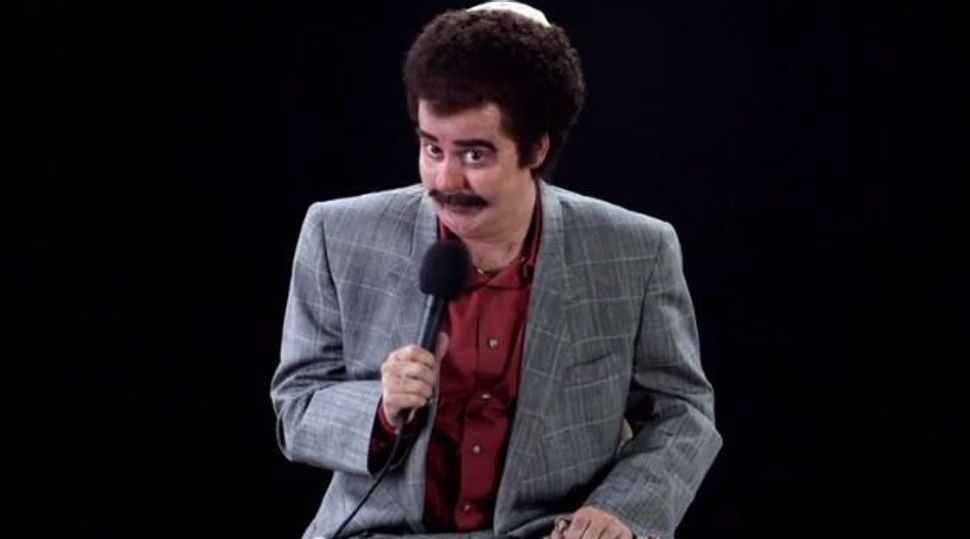 You remember the bar mitzvah DJ. You know, the guy who makes jokes so lame even your dad wouldn’t crack them, whose hairstyle peaked somewhere around 1974, and whose appreciation of the musical stylings of the “Cha Cha Slide” routinely calls his sanity into question.

In a teaser video called “World’s Worst Birthday Party Entertainers,” Katy Perry does her best impression of the genre.

Meet Yosef Shulem. He’s lame, he’s cheap and if you’re looking to book your next party, he’s your man.