For The Last Time, Seth Meyers Is Not Jewish 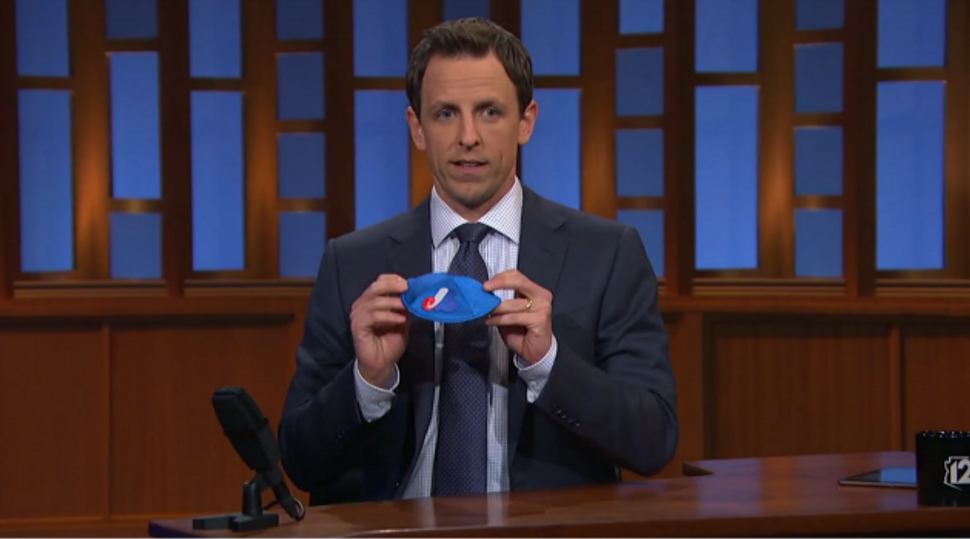 Except he’s not. The comedian and newly-minted host of the Late Night Show on NBC reiterated his tribe-less status last night after receiving a Montreal Expos yarmulke from a fan.

“I’m not Jewish,” he said. “Not everybody thinks I’m Jewish, but every single Jewish person thinks that I’m Jewish. And it’s not their fault because they think that–they come to that conclusion–because of my face and my name and everything about me.”

Sometimes, things can get a little touchy: “I don’t want to say, ‘oh oh, I’m not Jewish,’ because when you say that, you sound like someone trying to get into a 1950s country club,” he said, “and I love the idea of being Jewish. And I’m very pro-Jewish, and I can prove it because I married a Jewish woman!”

So, he’s almost one of us. Let’s just hold on to that.

For The Last Time, Seth Meyers Is Not Jewish