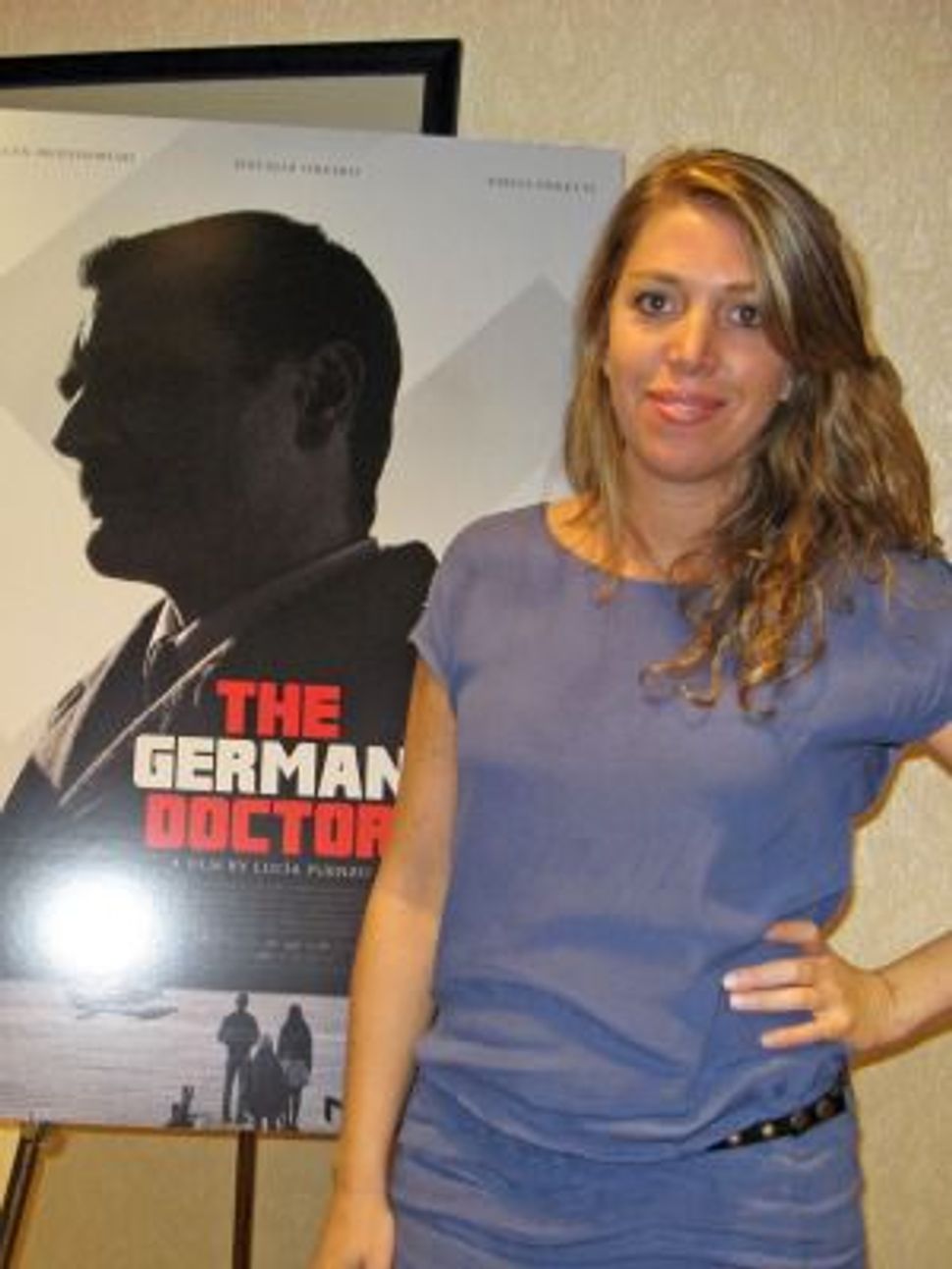 And so is Spanish actor Alex Brendemuhl, who eerily and seductively portrays the toxic physician in Lucia Puenzo’s film “The German Doctor.” An uncanny Mengele Dopplelganger, Brendemuhl — a Spanish actor working in Germany — had to learn Argentinean Spanish and finesse Mengele’s German articulation.

Meeting Puenzo, — author of the book on which the film is based — what struck me was how young (37), tall and beautiful she is. She said: “I need to say that the German community…helped us make this film. All the actors speak [German] by phonetics.”

Did they know who Mengele was? “I remember in secondary school we knew who Mengele was, what happened during the war [but] I could not remember one fiction film about the subject in Argentina.”

Were members of the German community that helped with the film descendants of the earlier [Nazi] Germans? “No! No!” she was adamant. “These are Germans who had no connection at all…something very delicate for them. There is the misconception that every German in Argentina has to have a Nazi background…. They want to defend the idea that it was not all of them.”

Why did she name the little girl— on whom Brendemuhl/Mengele experiments with growth hormones— “Lilith”? Puenzo mused: “I know everything that goes around the name, but strangely, when I began to write the novel, that’s the name that appeared. I tried to change it but it came back as Lilith…. certain characters are born with a name.”

Was Lilith supposed to be Jewish? “No! No! …but she is a victim.” And the Israeli woman, Nora, who suspects the doctor’s identity? “She is based on a real live character…. She was a volunteer from the Mossad…They all say she was murdered…. [that] people from the Israeli embassy took her body [from the lake].

Was she influenced by “The Boys from Brazil” in which Gregory Peck portrays Mengele? Puento responded: “I saw the film several times…a very strange film…. what I don’t like about that film is the idea of the stereotype…from the moment I wrote the novel — and film — I did not want to stereotype this man as a monster who had the word written across his forehead — but a very complex psychopathic personality….

“For me, most horrifying was that when all these men {Nazis] began to be found in Argentina —  forty years after being such a monster — people said [of Mengele] ‘He was such a lovely man, such a good citizen!’”