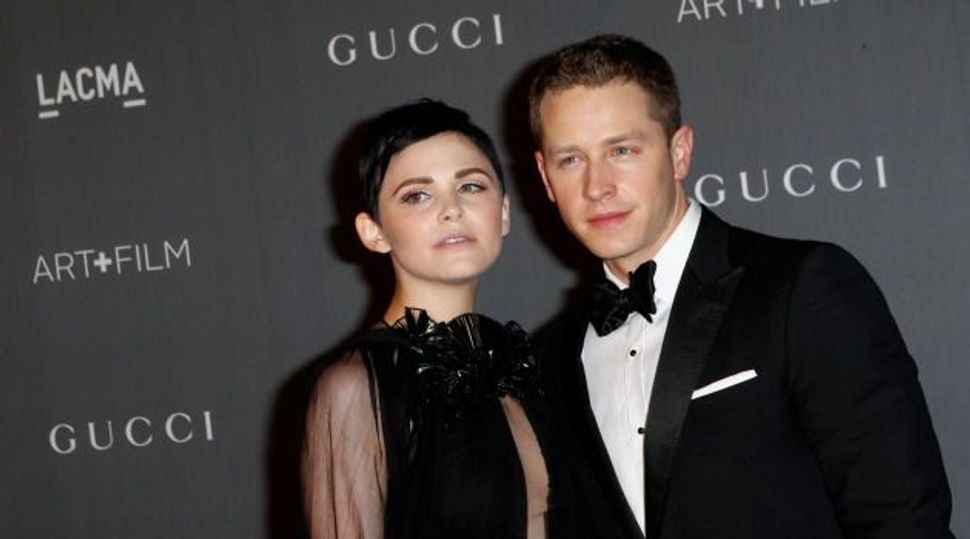 ‘Oh Honey, remember that time our ketubah was stolen from our wedding planner’s car on the morning of the ceremony?’

That’s an anecdote that Ginnifer Goodwin, the cheerful star from “Once Upon a Time,” will probably be sharing with husband and co-star Josh Dallas for many Shabbat dinners to come.

The actress shared the whole story on “Jimmy Kimmel Live”, including the happy ending in which two well-meaning Jewish strangers found the ketubah on the street, realized what it was and returned it, allowing Goodwin’s childhood rabbi to get on with the ceremony. ’ Kimmel’s reaction says it all: “Who would steal this?”