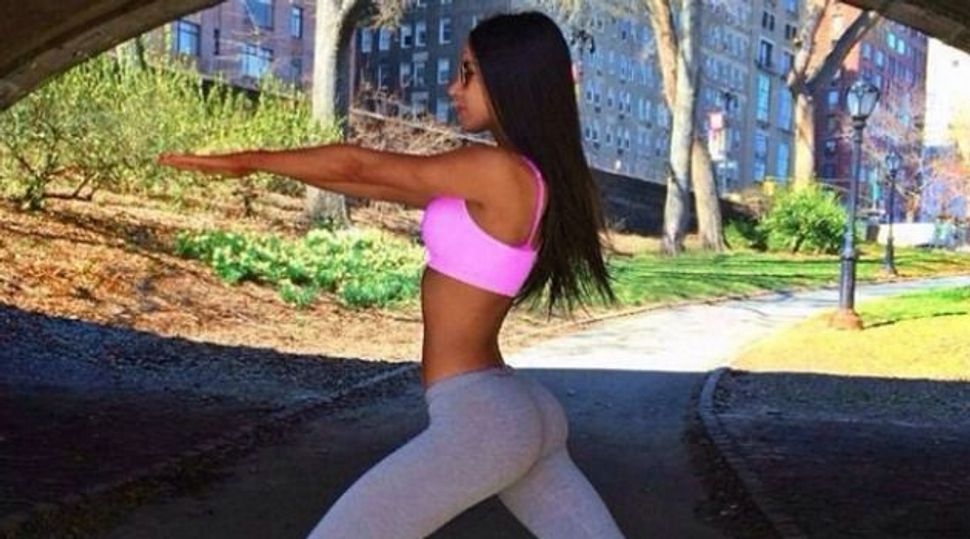 Meet our new fitness columnist: @jenselter! You know her (and her incredible booty) from @instagram: http://t.co/mCQQuE9voF

Since the Post first covered the Jewish girl from Roslyn, Long Island, her Instagram following has almost tripled in size to 3,305,678 followers.

“There’s been so many different opportunities,” Selter told the Post. “And now, whenever I go out in New York City, everyone’s like, ‘Oh, New York Post girl!’”

And what better way to inaugurate the new title than with a poolside photo shoot?

“It was my first time doing a swimwear shoot, so it was definitely stepping out of my comfort zone,” Selter said.

She wasn’t the only one — the sight of her bikini-clad derriere was apparently enough to get Chad Michael Murray to stop by and say hello.

But the fitness column only skims the surface of Selter’s ambitions. The 20-year-old Jewish girl also wants to design her own clothing line and teach classes in Central Park.

According to the Post, Selter’s column will focus on motivation: “It will get you wanting to go work out and will get your confidence up,” she says, adding that “there will definitely be a column on how to get a butt like mine.”