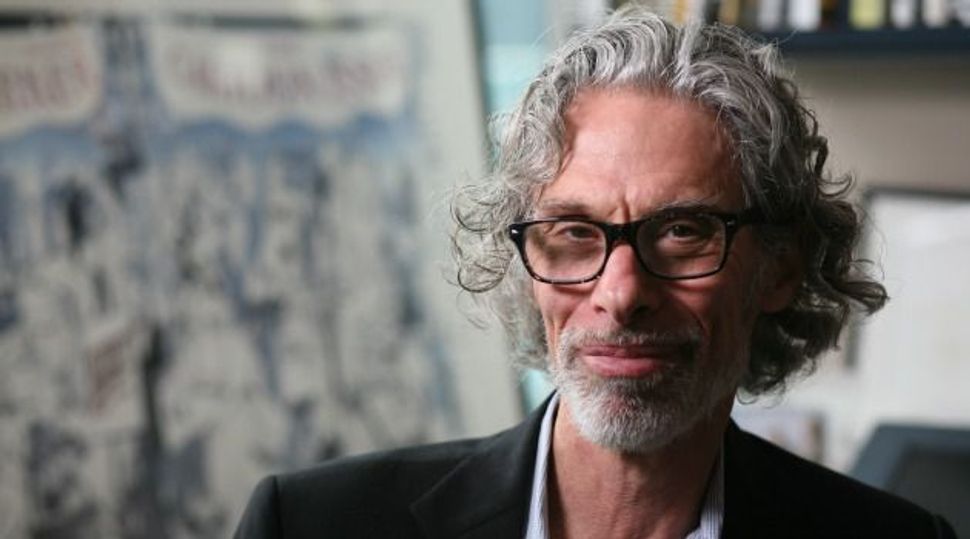 Image by Courtesy of Devina Pardo

Let’s be honest: Who doesn’t first flick through every new issue of The New Yorker to look at the cartoons? Or try implementing comedy talent in the caption contest? The mastermind behind these features, Bob Mankoff, has been the cartoon editor of the news and literary magazine since 1997, and now provides deep, and funny, insight into his work. His memoir, titled “How About Never — Is Never Good for You? My Life in Cartoons” is due out March 25. It describes how Mankoff, 69, grew up in New York City — his mother “flamboyant and needy,” his father “reserved and giving” — and became a cartoonist: After more than 500 submissions, he published his first cartoon in The New Yorker in 1977.

Mankoff holds a doctorate (almost completed) in psychology, and uses his background knowledge to inform readers about the psychology of humor. The book itself contains more than 250 cartoons from a variety of cartoonists — and some advice on how to win the caption contest. Mankoff talked to the Forward’s Anna Goldenberg about Jewish humor and what running a marathon in the 1970s has to do with comedy today, and shares an anti-Semitic joke, something he would never publish in the New Yorker.

Anna Goldenberg: Are judging humor and being funny oneself skills that go hand in hand?

Bob Mankoff: No. Being funny yourself is something that’s not even born, but I think evolves very quickly in life, based on your various environmental factors. Humor is probably one of the most pervasive emotions we have in the ordinary course of the day…. If you don’t understand the psychological variables involved in judging, you are going to make mistakes — especially when you are judging humor with the purpose of giving it to a wider audience. If you don’t know that judging humor itself makes humor less humorous, then you’ll start to think that things aren’t funny. If a naive person would look at 500 cartoons, at the end that person would think that the last ones aren’t funny, so there’s the whole satiation factor involved. My background in psychology helped me understand the different attributes of mind I had to bring into the process…. It’s a complicated phenomenon, and with it all, I still find things funny.

What do you see as the shaping factors in developing your sense of humor?

I was an only child, and yet I lived in a huge household with all my cousins. My father was away at war; my mother was a very flamboyant, domineering woman. I used humor partly to separate myself and perhaps establish attention. When I was growing up, I had models of people of Jewish humor— whether it was Jerry Lewis, George Burns [or] Jack Benny. I think… once they find out that [humor] is a useful mechanism for being funny, [they use it] also to cope with emotional issues and anxiety. [It’s been] stereotyped, but I guess there is a grain of truth in it: The Jews are more anxious. Partly because of their history, and partly this history comes down between generations — even though you’re not in Russia anymore, and there’s not a pogrom. Your great-grandparents instilled in your parents a certain nervousness and anxiety and worry about the outside world. That might eventually evolve into just worrying, like hypochondria — which my mom certainly had.

The influences on humor now are certainly different from when you grew up.

In a way, the Jews bequeathed stand-up comedy to the world. Now, kids growing up, they don’t experience Jewish humor, or any ethnic humor in particular; they see humor everywhere as something that is a powerful force in society…. When I was growing UP?, there were no comedy clubs; that greatly limited the number of comedians. We have many more comedians trying to do humor, and… when more people try to do something, and they are incentivized to do it because there is an industry and money, the very top will be very good. An example would be sports: When I ran the New York City Marathon in 1971, there were 245 people in it. Last time it was run, it had [more than] 50,000 people in it. The best time is close to a world record, much faster than in the 1970s. The worst time is much worse than anything then. I think the same thing is true of comedy now.

Would you say your personal humor matches The New Yorker’s sense of humor?

It overlaps with it. It’s not the same. The New Yorker humor is very, very benign; my personal sense of humor would be, as everybody’s sense of humor privately, probably likely to offend some people. For example, I might tell you a joke that is very offensive and anti-Semitic: What’s the definition of anti-Semitism? Disliking Jews more than necessary. I wouldn’t have that joke in The New Yorker, but for me, that’s personally funny because I feel that ethnic group actually has a good feel of aggression against it, or feeling of ridicule towards its own group. Blacks make fun of blacks, Jews make fun of Jews, and in fact that’s a Jewish joke. One of the things Jews are known for are their self-deprecating humor.

You wrote in the book that readers occasionally complain because they feel offended by the cartoons.

I could do a large book on that, which I would call “The Annals of the Offended.” The New Yorker is not a comedy club; it’s basically a very serious magazine… and when you are in a serious mood, it’s very easy for you to be offended by something that’s very minor. Sometimes [readers] are merely offended by association. Let’s say, during the Olympics in Sochi, Putin gave orders to make Sochi look good. They rounded up the dogs and euthanized some of them. In our daily cartoon on the Web, it shows some of these dogs in an ice dancing competition, and the caption was something like, “These dogs really are roaming wildly.” And someone was offended by that…. It was not about the fact that the dogs were being wild, but here they were, presented in this whimsical matter while they are being killed.

Was there ever a cartoon you regretted publishing?

One of the real misconceptions about humor is that there are things that are actually absolutely funny. To paraphrase Abraham Lincoln, “You can make all of the people laugh some of the time, but you can’t make all of the people laugh all of the time.” Not only is there subjectivity in humor between people — that’s obvious — humor is very subjective even within yourself. The cartoon that I show you at 8:30 in the morning [that] you wouldn’t think is funny, you might find funny at 9 o’clock at night. If you start regretting these things that way, then you can’t really do a good job with humor — which is not to over-worry about offending people with humor still within bounds.