VIDEO: The Synagogue Detective of Montreal 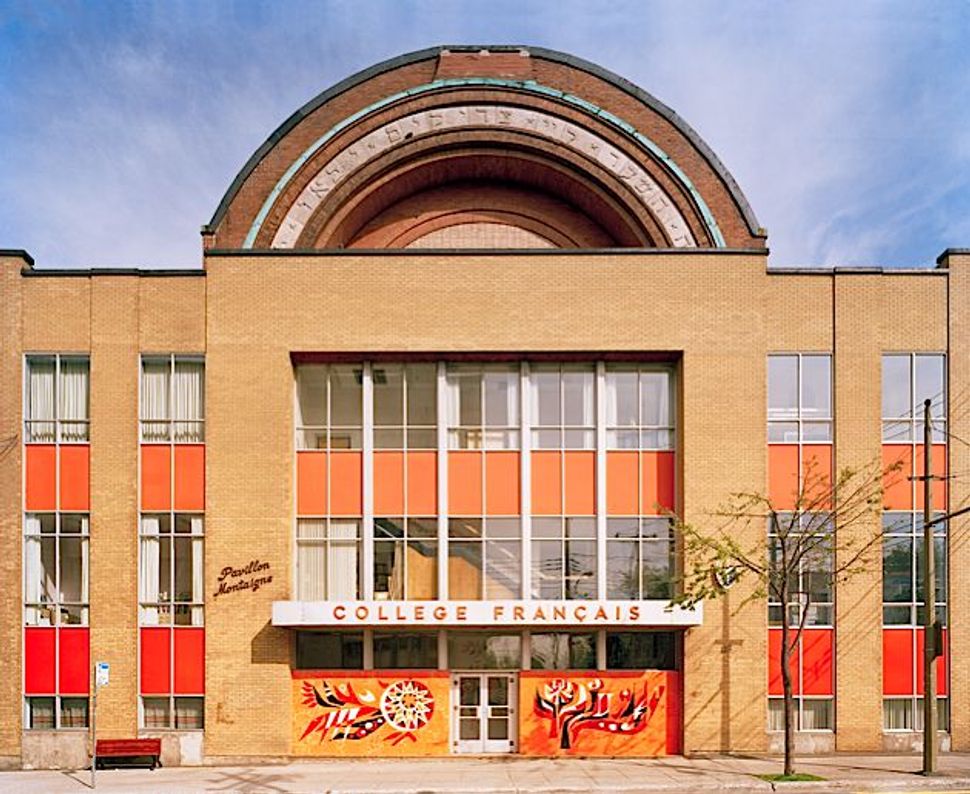 Why is the College Francais in Montreal adorned with a segment of Hebrew script that can still be discerned in the arch? An impressive mosaic covers the front wall. Is the prominent image of a sunburst in the mural inspired by the large Star of David that was once inscribed in a circular stained glass window, identifying this building as a synagogue? The same feature once marked the rear elevation.

Most of the historic synagogues of Montreal were converted to other purposes as the Jewish communities moved to post-war neighborhoods. Build in 1918, the B’nai Jacob was sold to the College Francais in the 1950s.

In “Traces of the Past: Montreal’s Early Synagogues” Sarah Ferdman Tauben documents the development of Montreal’s Jewish community from the 1880s until 1945. Much like a detective, she has pored over historic city maps and directories, sepia-coloured photos, brittle newspaper articles and long forgotten anniversary publications to track the locations of Montreal’s early synagogues.

In this video interview Ferdman Tauben tells the fascinating story of Jewish immigrants in Montreal through the architectural traces of its culture. The contemporary pictures were taken by photographer David Kaufman.

VIDEO: The Synagogue Detective of Montreal