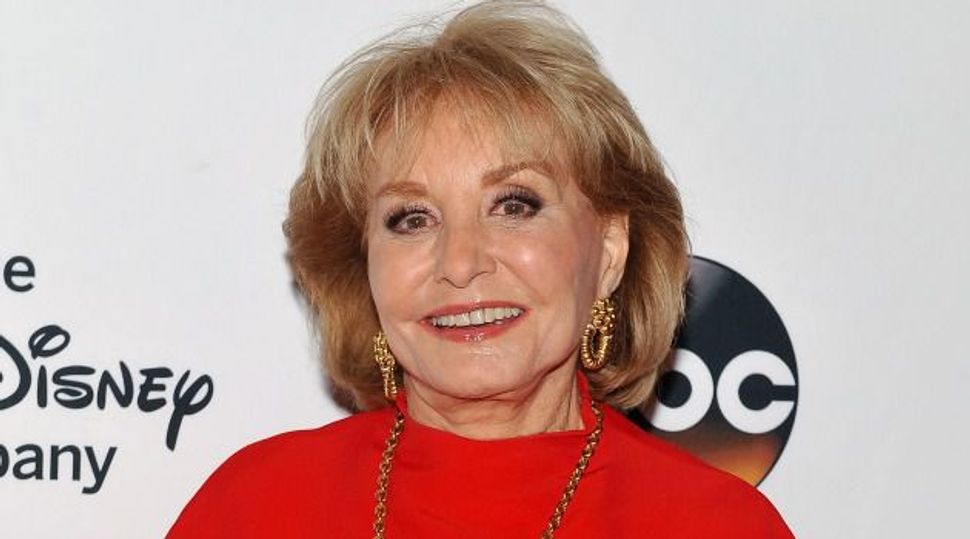 Oprah Winfrey and Hillary Clinton were among the surprise guests who showed up to say goodbye to Barbara Walters during her last taping of “The View” on Friday.

The journalist filmed her final appearance on the ABC talk show, celebrating a career of more than 50 years in TV news.

The question now is, who will replace her?

Well, Walters is rooting for Hillary. Ever the reporter, the grand dame of TV journalism even asked the former Secretary of State THAT question: Is she running in 2016?

“I am running — around the park,” Hillz quipped back.

Oprah thanked Walters, saying that she owed much of her career to her, as a woman who led the way for others to follow.

You know, in many ways I feel responsible for you,” Walters said.

“Well, you should!” Winfrey replied.

Per the Hollywood Reporter:

Looking at all the women assembled together, Walters, who’s recently commented that she feels her legacy is in paving the way for women who’ve come after her, said, “This is my legacy. These are my legacy.”

Her old friend and fellow member of the tribe Michael Douglas also stopped by for some gossip about who’s a better kisser, Matt Damon or Diane Keaton (“They both wear different chapstick,” was the diplomatic answer).

Asked what she’ll fill her time with after retirement, Walters said that she was planning to take a trip to Berlin with a friend.

“The good news is that I will have time now to get Botox,” she added. “But now that I’m not going to be on the air, I don’t need to get Botox. But starting soon I will be available for supermarket openings and charity auctions. For a $10 bid, you can have lunch with me. For a $20 bid, you don’t have to.”

“Now having this amazing career, how can I just walk away and say goodbye?,” she continued. “This way, from the bottom of my heart to all of you with whom I have worked and watched and been by my side, thank you.”

No goodbyes for her. Walters signed off with an “A bientot,” (French for “See you soon”) and a kicker: “When all of that is done, I can take some time and enjoy my view.”