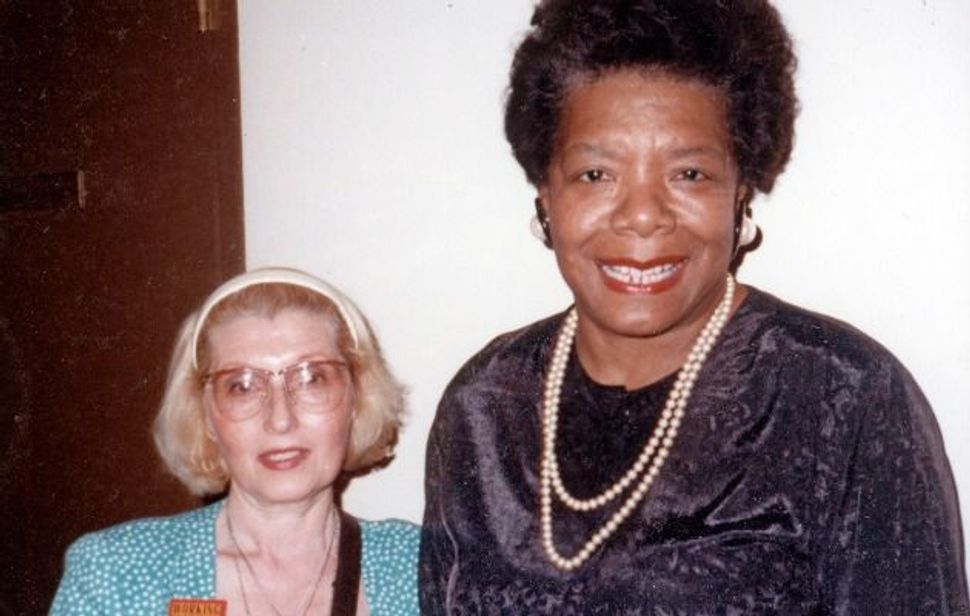 I first met Maya Angelou, who died on Wednesday May 27, in June, 1990 at the American Booksellers Convention at a press conference held at Washington’s Shoreham Hotel at which the towering Angelou got a roaring standing ovation from the press corp.

The former dancer and actor, author, civil rights activist, poet and academic charmed, amused and pricked consciences with her anecdotal stories about the triumph and pain of being black.

Her autobiographical work, “I Know Why The Caged Bird Sings,” created a sensation when it was first published and has since been required reading in many schools. As the usually antsy press audience sat silent, she read the following:

“The man who is a bigot is the worst thing God has got, except his match, his woman, who is really Ms. Begot.” x

During our private chat, I asked Angelou why, unlike most African Americans — who prefer to cite their involuntary arrival to these shores — she opted to include Blacks along with Jewish, Irish, Italian, Polish, Russian and other immigrants.

“It makes no difference whether we came voluntarily as immigrants in steerage, or spoon-fashion in the holds of slave ships,” she replied. “We are all disembarked on our shores. We are all Americans and we must work together to make this a better place to live because this is now our home.”

I don’t know which was more blinding — her mega-Watt smile or my daughter Karen’s camera flash, as, towering over me, she power-hugged me for a photo-op

On January 20, 1993, Ms. Angelou made history: She was the first Black woman to read a poem she had written at the inauguration of [then] President-elect Bill Clinton.