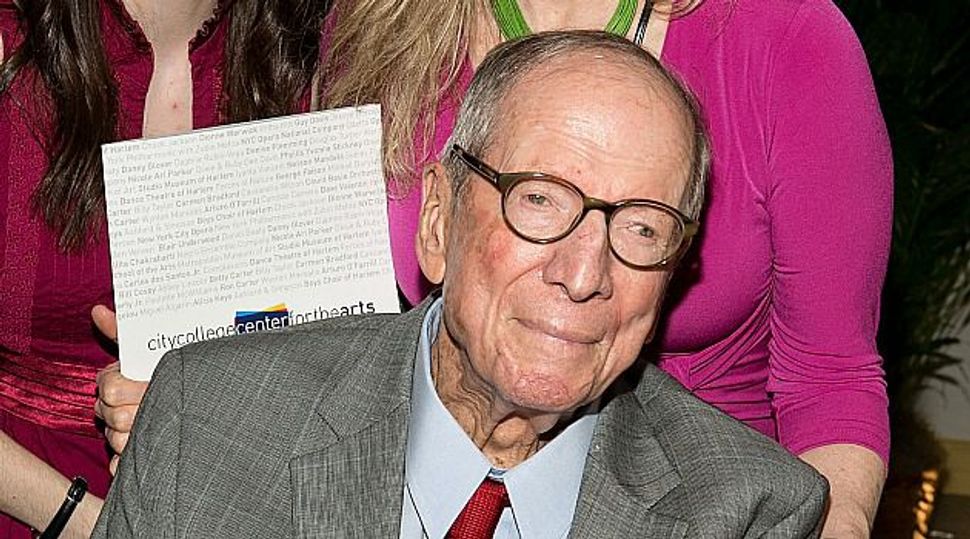 The announcement of Senator Roy Goodman’s death on June 3 at 84 threw me for a loop. I had just seen him on May 19th at the City College of New York launch of City College Center for the Arts.

Held at Bonhams Madison Avenue Gallery he was surrounded by family — daughter Claire Pellegrini Cloud, son-in-law Rusty Cloud — and friends. The longtime New York State senator seemed to relish the reverential attention from some 200 admiring guests including philanthropist Jean Shafiroff and board members Broadway producers Stewart Lane and Bonnie Comley whom I surprised with the revelation that I was a CCNY alum.

Senator Goodman had — over some 30 years — been a frequent visitor in my column. Of his many sightings, most indelible is my memory of standing next to him on the receiving line aboard the Intrepid Sea-Air-Space Museum on October 24, 1995. The honoree — recipient of the Freedom Award Medal — was Israel’s Prime minister Itzhak Rabin.

On line with us were then N.Y. governor George Pataki, New Jersey governor Christine Todd Whitman, N.Y.C. mayor Rudolph Giuliani, with everyone wanting to shake hands with Rabin whose shattering speech dealt with “the silence of the moment after and the terrifying silence of the moment before” he issued orders for hundreds of military operations when he was Israel’s military commander. “At that hour they are still laughing…weaving plans and dreaming about love…they have no idea that these are their last hours on earth….” On November 4, Rabin was assassinated. At a later event, Sen. Goodman remembered me as having shared that fateful “receiving line-photo-op” event.

During my chat with CCNY advisors Lane and Comley, at the Bonhams party, 5-time Tony Award-winner Lane joshed: “My wife calls me ‘Mr. Broadway’ then in a more serious mode described the CCNY Center as “thought-provoking” and “a source of pride.” Lane, who with Comley produced the 2005 revival of “Fiddler on The Roof” with Harvey Fierstein as Tevye, is author of “Jews on Broadway” (McFarland). He was honored by the National Yiddish Theater-Folksbiene at its annual Gala in 2011.

Listening to the description of the CCCA’s theatre complex, I thought back to my 1950s City College days and when my dear friend and classmate was theater-English major Julie Bovasso. An irreverent Bovasso would commandeer a table in the City College cafeteria, jump atop, insist I join her, and we would perform one of Bovasso’s mini “productions.” An award-winning actress, playwright and mentor to many young theater and film actors, Bovasso died in 1991. She is remembered as Rita Cappomaggi in the 1987 Oscar-winning film “Moonstruck” starring Cher, Nicholas Cage and Olympia Dukakis. How she would have applauded the CCNY Center for the Arts.