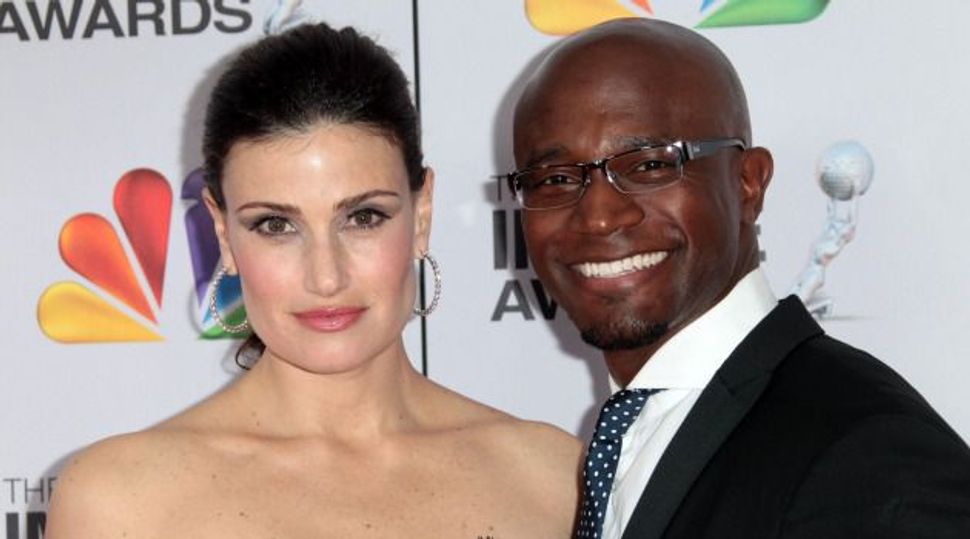 Taye Diggs has taken ex-wife Idina Menzel’s “Frozen” advice and “Let It Go.” In an interview with Redbook, the Broadway actor opens up about the couple’s decision to divorce back in December.

I’d be lying if I said there weren’t times when I thought, Oh, man, people are going to trip out [if we split]. Maybe they thought it was cute that we met in Rent. There weren’t a lot of couples like us in the theater community—and I know there aren’t a lot of performers as talented as she is… and then you have the whole mixed [race] thing. It was easy for people to root for us. Right now, we’re still trying to figure out a lot of stuff because we’re on different coasts and our son is getting older.

“Right now, we’re still trying to figure out a lot of stuff because we’re on different coasts and our son is getting older,” Diggs said. “The best is seeing the expression on his face when I pick him up from school. The way he says ‘Daddy,’ is unrivaled by anything.”