All Aboard the Anat Hoffman Wedding ‘Love Boat’ 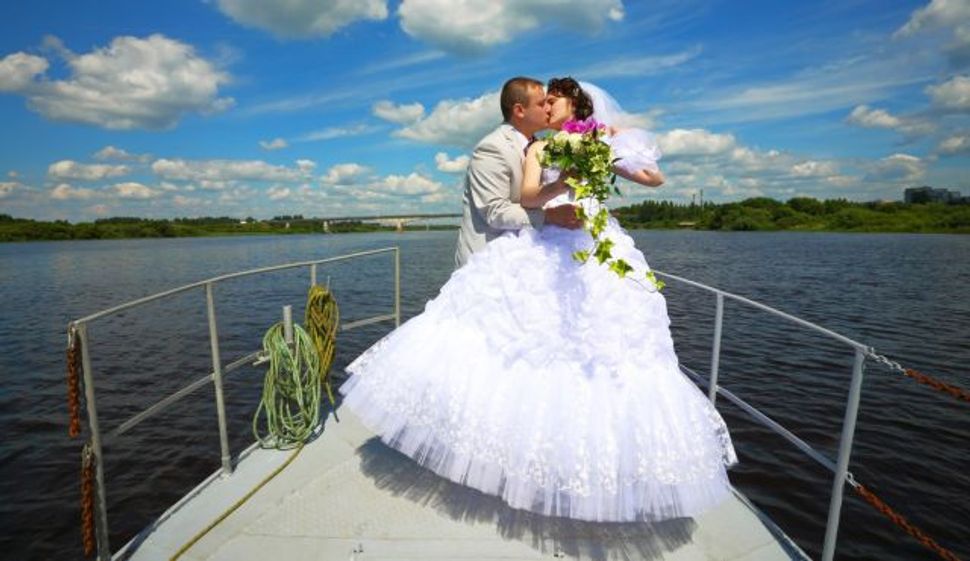 Are you Jewish, Israeli and worried you won’t be able to marry under the auspices of the Chief Rabbinate? Anat Hoffman has a solution for you.

The Women of the Wall leader has put out a call for a cruise ship that would allow Israelis to have extraterritorial weddings.

“I am seeking a large used ship, a captain, and a few willing rabbis to launch a love boat that will travel in and out of Israeli territorial waters to perform marriage ceremonies, Hoffman said, at the end of an article written for the Israel Religious Action Center, Haaretz reports.

This out-of-the-box proposal comes in tandem with a push to relax Israeli marriage laws, which rely heavily on the Orthodox Chief Rabbinate recognizing one’s Jewishness. Since there is no civil marriage option, if they say no-Jew, it’s basically a no-go. In the same article, Hoffman gave the example of her son Ariel, who chose to get married in Cyprus so he and his wife could have a non-Orthodox Jewish wedding that would still have legal standing in Israel.

“This situation is unparalleled in any other democratic country,” Hoffman wrote. “Over 20,000 Israeli couples get married outside of Israel every year. On their flight to Cyprus, Ariel and his wife observed that the plane was filled with Israelis who were also going there for a civil marriage. The Israelis waited in line together, took photos of one-another, and sat together at a nearby Haagen-Dazs for celebratory ice cream afterwards.”

Now, sing it with me: “The Love Boaaaat…”

All Aboard the Anat Hoffman Wedding ‘Love Boat’