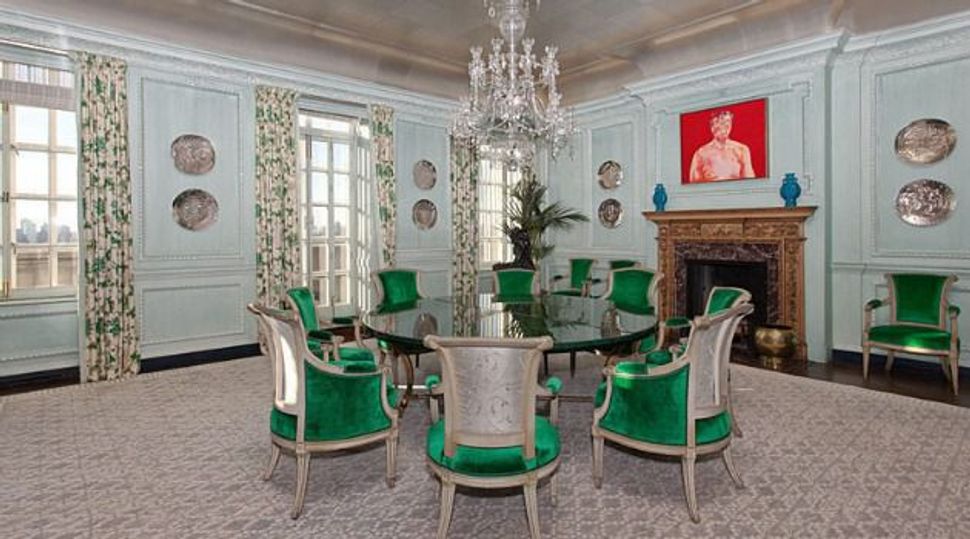 And the record for most expensive co-op ever sold in New York City goes to… Nassef Sawiris.

The richest man in Egypt, reportedly worth roughly $7 billion dollars (and ranked as 193rd richest person in the world by Forbes) has purchased 960 Fifth avenue, previously owned by the late billionaire Edgar Bronfman, Sr., who died in December at age 84, Curbed reports.

The 16-room apartment, which includes five bedrooms and eight bathrooms, complete with a wraparound terrace overlooking Central Park, is said to be one of the most prestigious addresses in New York City. But Nawiris may have to pull a Moses and part the Dead Sea of furniture (so many Exodus jokes, so little time) if he wants to actually live in his new dream pad. The Real Deal points out that the penthouse — or really, let’s just say it: PALACE — needs to be gut renovated, but my guess is that Sawiris, who heads Orascom Construction Industries, Egypt’s most valuable publicly traded company, has some spare change to throw around.

The previous record for the most expensive co-op was set by David Geffen, when he bought 785 Fifth Avenue for $54 million in 2012.

Here’s a glimpse of what you could buy if you had $70 million lying around. For the jaw-dropping views, head over to Curbed.