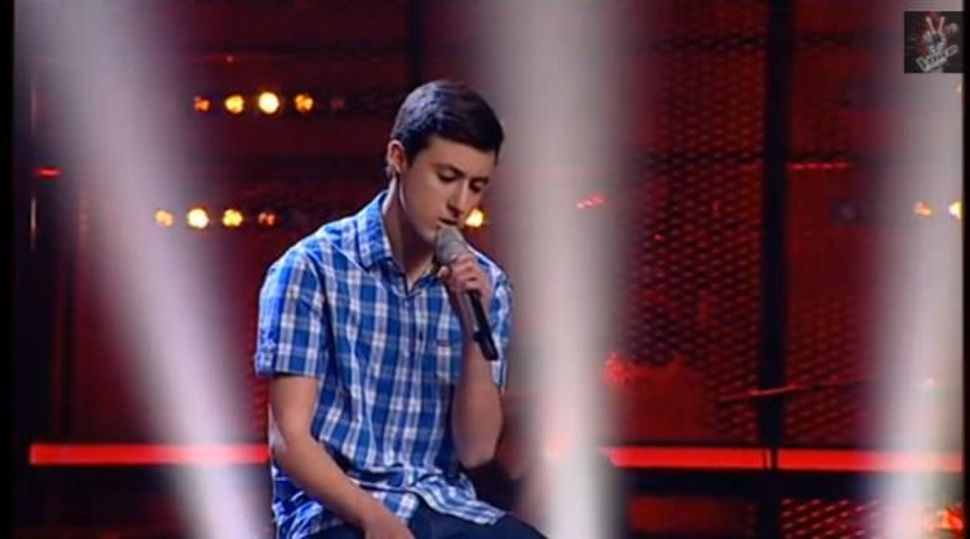 Tom Atias, whose audition was aired Saturday in the Israeli version of the reality music competition “The Voice,” has caught the media’s attention.

The 18-year-old boy from Jerusalem’s rendition of Aviv Geffen’s “Ulay” (‘Maybe’) had the three judges fighting to be his mentor. But what Tom didn’t say during the audition is that he was born a girl.

Tom’s full life story is set to be published this weekend in Yedioth Ahronot. A teaser excerpt released by the newspaper reveals that as a young child, Tom hated his female body. At 14 his friends, parents and teachers started to refer to him as a boy, at his request. When he reached the point that he had to get an ID card, he changed his name to Tom (and now refuses to reveal his birth name). Nine months ago, when he turned 16, Tom was officially allowed to start getting hormones and started the physical transition to become a man.

During Saturday’s audition, Tom didn’t expose his past as a girl. Three out of four mentors of the Israeli show offered to mentor him, including Aviv Geffen, who wrote and performed the song originally. Not seeing Tom’s face, singer Sarit Hadad said, “this voice is so unique, I never head a voice like this before.” To come full circle, Tom has finally chosen Aviv as his mentor.

“The most dramatic change [since I started taking hormones] was in my voice,” Tom told Yedioth. “It changed and become lower. A year ago, when they called me from the producers of the show, saying that someone recommended me for an audition, I was in a debate whether or not to go to the audition when my voice was about to change. I’m sure that if they air parts from the first selections, the difference will be noticed.”