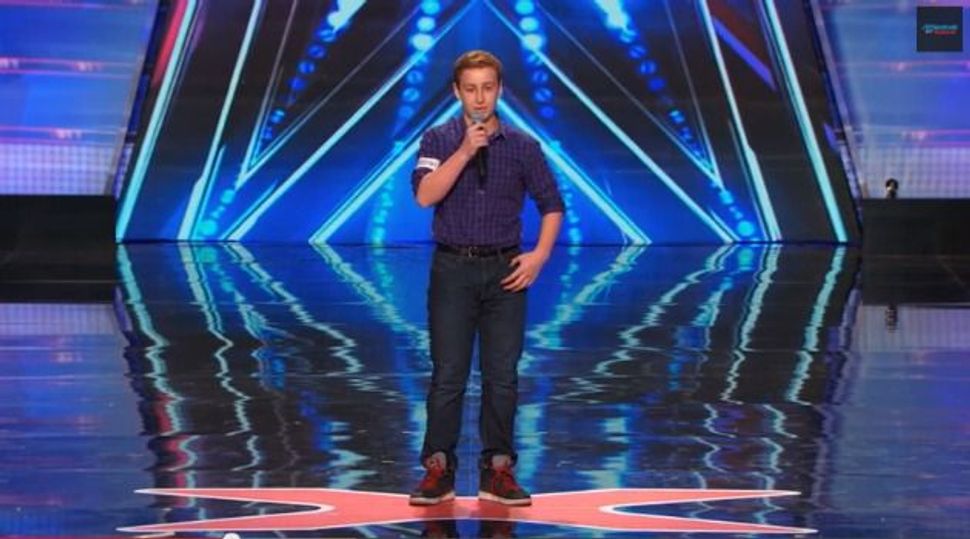 It’s not every day that you see Howard Stern’s face register shock.

But that’s exactly what happened when Josh Orlian, a 12-year-old Modern Orthodox Jew from White Plains, New York, took the stage for his stand-up comedy debut on last night’s episode of “America’s Got Talent.”

The segment started pretty predictably: Jewish mom and dad kvelling over cute, nervous, shvitzing son. (“You’ll make them laugh, don’t worry. And If not, you know mommy and daddy will laugh.”)

But the whole thing veered into the wholly unexpected when the sweet-looking, red-haired, pre-bar mitzvah boy launched into a dirty — dare I say filthy — act. So. Many. Penis. Jokes.

After unsticking their jaws from the floor, the judges, including Heidi Klum and Howard Stern, voted young Josh to the next level. That boy’s got kishkes!

Watch the raunchy surprise act below: