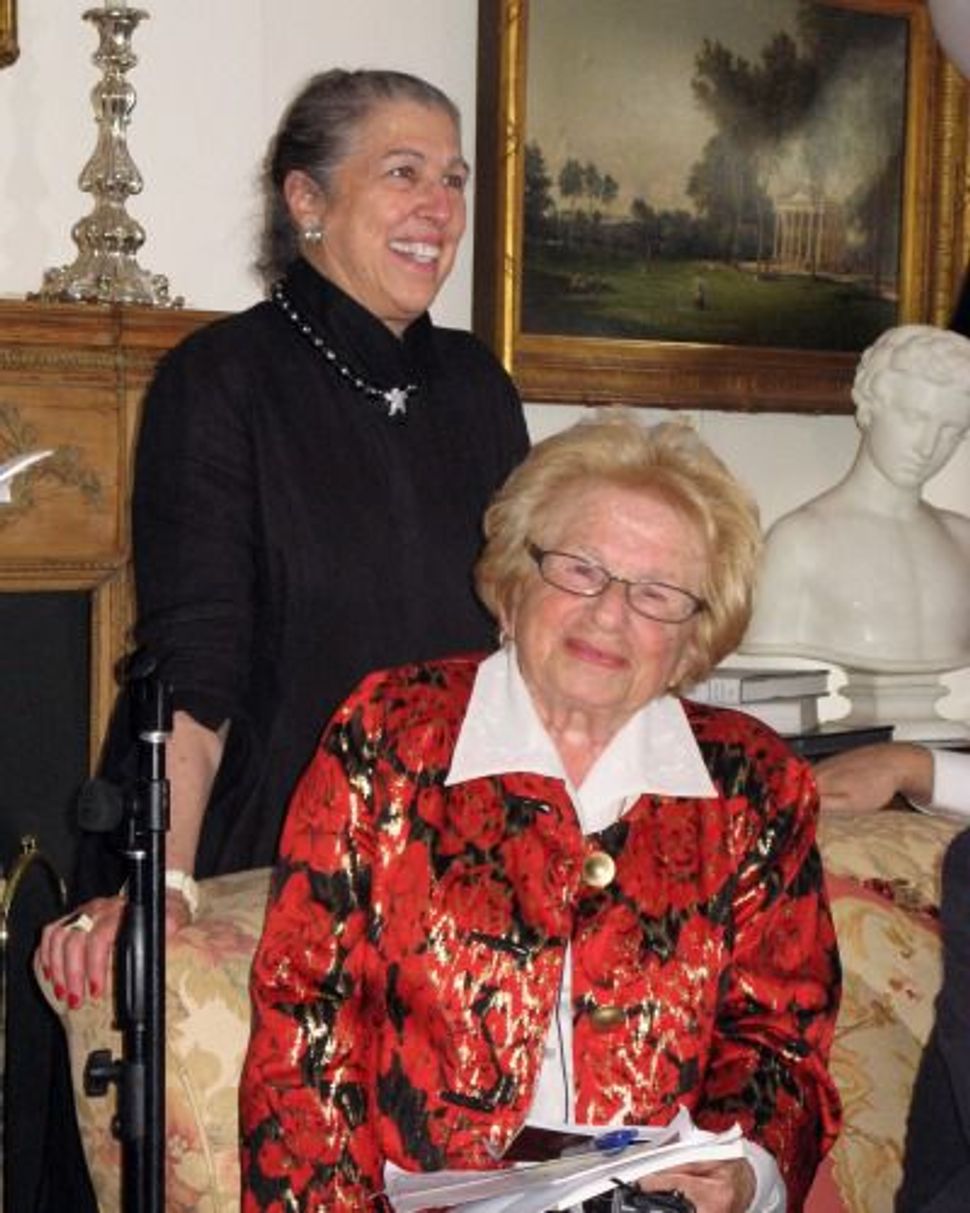 When is a swan not a swan? The question raises mental images of Correggio’s 1531 painting of a nude woman with a swan on her lap, his elongated neck between her naked breasts or William Butler Yeats’ poem “Leda and the Swan.”

But for the answer you need to go to Dr. Ruth Westheimer’s latest opus, “Myths of Love: Echoes of Ancient Mythology in the Modern Romantic Imagination” a collaboration with Jerome Singerman, senior editor at the University of Pennsylvania Press and recipient of the Kindrick-CARA Award from the Medieval Academy of America for outstanding service to Medieval Studies.

Interfacing with a glossary of paintings and chapter headings as “Helen and Paris — Lust and War,” “Hermaphroditus and Salmacis — Gender-Bending Love, “ “Dido and Aeneas — Seduced and Abandoned,” what you get is an informative delicious read. 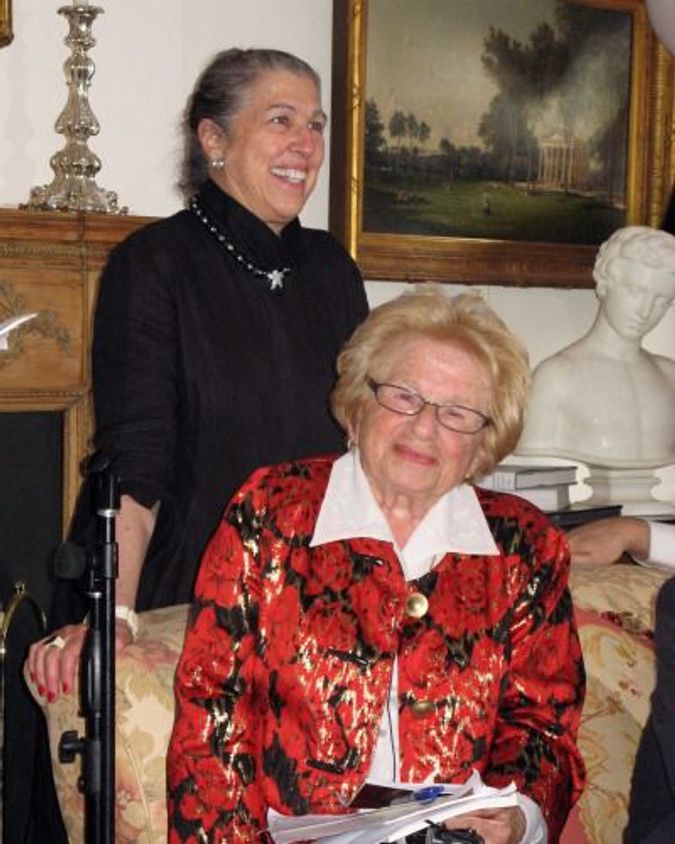 A revved-up Ruth aglow in a red-black-gold sequined pants/jacket ensemble, head atilt upward to the taller guests said: “I will make all of you read a little bit — like the Passover Seder.”

Pointing to the book’s cover of a sexually aroused god of wine Bacchus, she called out: “Masha! Come here! Does he look at her (Ariadne)?” I guessed: “He’s looking heavenward for advice.” “No! No!” she sent me back to my seat. “He’s praying to the gods to make sure ‘I have an erection!’… All of you take the book home and you and your partner will have good sex tonight.”

Acknowledging the presence of her son and grandson she noted, “I have never permitted any of my family to come to any of my talks…. I was married for forty years and Fred would be sitting and say: ‘Don’t listen to her, it’s all talk’…. I made one exception. When Diane Sawyer came to my apartment for an interview, the cameras were rolling and Sawyer’s first questions was: ‘Mr. Westheimer…how is your sex life?’ to which Fred said: ‘The Shoemaker’s children don’t have shoes.’” A more sedate Westheimer noted: “In the Jewish tradition it says that any lesson taught with humor is a lesson retained.”

Patti Kenner — who has hosted many book-signings at her apartment for notables including Hillary Clinton is the executive producer of the documentary film “Ahead of Time” a tribute to journalist (102 year old still sharp] Ruth Gruber. There was a huge, rectangular chocolate icing-covered cake with some 100 multicolored “Ruth” inscriptions courtesy of Doris Schechter of My Most Favorite Food.

Guests “Ooh-ed” and “ Ahh-ed” at the pop-up holiday greeting card from the White House on the entrance table signed by President Obama’ and family members and included paw prints of the presidential dogs.