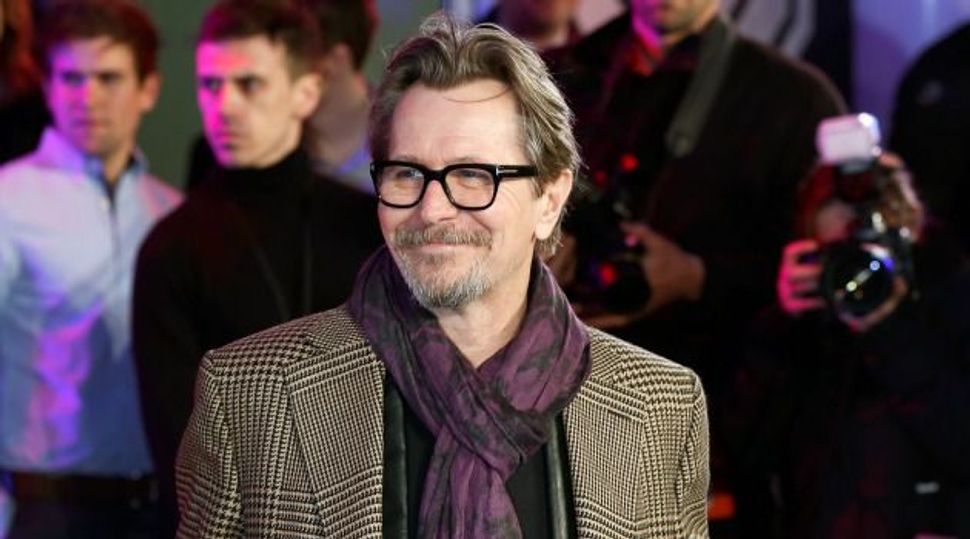 Mel Gibson has finally found someone willing to stand up for him.

In an interview with Playboy magazine promoting his role in “Dawn of the Planet of the Apes,” actor Gary Oldman donned his defender-of-pariah-celebrities cape, labeling the climate of political correctness in Hollywood as “crap.”

I don’t know about Mel. He got drunk and said a few things, but we’ve all said those things,” the 56-year-old actor said. “We’re all f—–g hypocrites. That’s what I think about it. The policeman who arrested him has never used the word n—-r or that fucking J–? I’m being brutally honest here. It’s the hypocrisy of it that drives me crazy.”

Oldman also had a kind word for Alec Baldwin, who recently made headlines when he made a homophobic slur to a paparazzo who was trying to take his picture.

“Alec (Baldwin) calling someone an F– in the street while he’s pissed off coming out of his building because they won’t leave him alone. I don’t blame him.”

It’s been almost eight years since Mel Gibson’s anti-Semitic tirade during his arrest on a DUI charge.

“So they persecute. Mel Gibson is in a town that’s run by Jews and he said the wrong thing because he’s actually bitten the hand that I guess has fed him-and doesn’t need to feed him anymore because he’s got enough dough.

“He’s like an outcast, a leper, you know? But some Jewish guy in his office somewhere hasn’t turned and said, “That f—- kraut” or “F— those Germans,” whatever it is? We all hide and try to be so politically correct. That’s what gets me. It’s just the sheer hypocrisy of everyone, that we all stand on this thing going, ‘Isn’t that shocking?’

The New York Daily News points out that at this point, the self-described Libertarian seemed to realize that his words could be seen as offensive.