Shia LaBeouf Gets Kicked Out of ‘Cabaret’ Performance 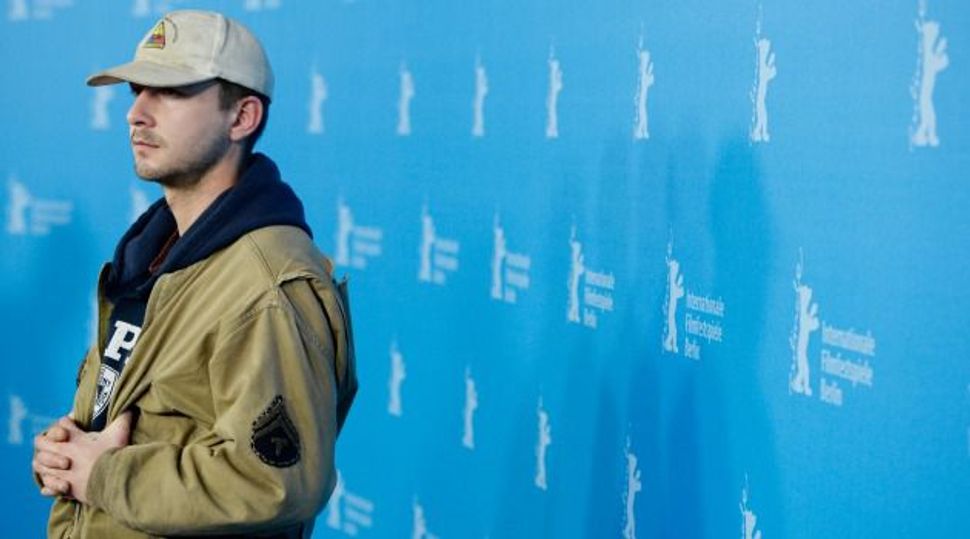 Actor Shia LaBeouf, who starred in the “Transformer” movies and with Harrison Ford in “Indiana Jones and the Kingdom of the Crystal Skull” did not enter a plea on Friday after being charged with disorderly conduct and harassment.

LaBeouf, 28, was arraigned on five charges in the tiny, packed courtroom at Manhattan’s Midtown Community Court after being arrested on Thursday evening.

He was charged with two counts of disorderly conduct, one count of trespass, one count of criminal trespass and harassment in the second degree.

As the disheveled-looking actor left the court alone wearing a bright blue T-shirt and baggy pants he was mobbed by waiting photographers and reporters.

LaBeouf was taken into police custody inside New York’s Studio 54 during a performance of the musical “Cabaret” after disturbing the performance and using obscene language.

He became belligerent when security guards asked him to leave, police said. Police were called and he was arrested and led out of the building.

Shia LaBeouf Gets Kicked Out of ‘Cabaret’ Performance