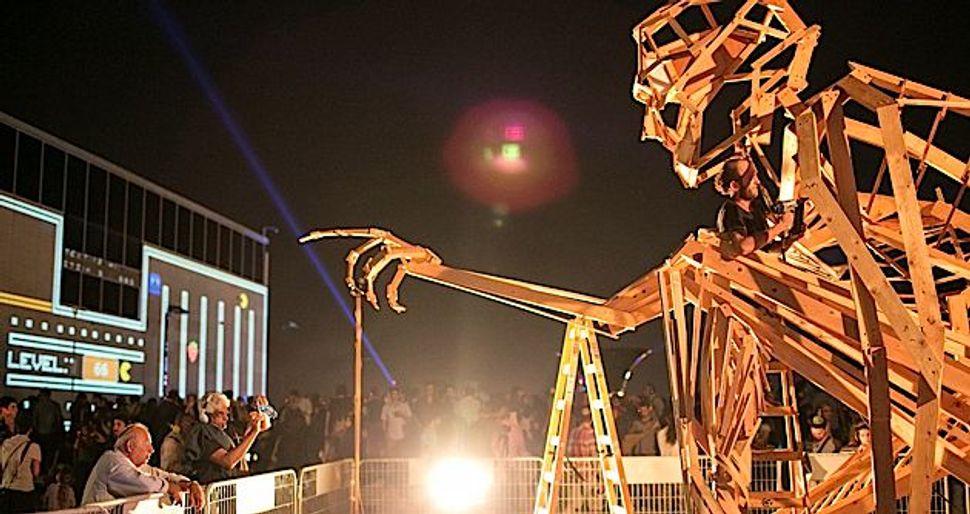 JERUSALEM – Usually, there is an explosion of culture in Jerusalem in the summer. But with Hamas striking Israel with hundreds of rockets and missiles daily, popular arts events in the country’s capital have had to be cancelled or postponed.

When the current war with Hamas broke out early Tuesday, Jerusalemites were not particularly fearful of rockets landing in their city. While one or two sirens went off in Jerusalem during Operation Pillar of Defense in late 2012, the capital was largely spared from missile fire. However, when the wailing siren sounded and was followed by three explosions on Tuesday night, residents realized that things may actually be different this time.

Within minutes of the attack on Jerusalem, authorities ordered that the concert by Israeli rocker Berry Sakharof taking place that evening at the outdoor Sultan’s Pool venue just outside the walls of the Old City be stopped and its 6,000 attendees immediately evacuated.

Large outdoor gatherings, which are traditional during cool Jerusalem summer evenings, are problematic security-wise at a time like this. People have at most a minute and a half to reach shelter when a air raid siren goes off, making it difficult — if not impossible — to hold such events safely.

Among the Jerusalem events the IDF Home Front Command has ordered cancelled or postponed this week are the sixth annual Jerusalem Woodstock Revival that was to have taken place at Kraft Stadium, an outdoor concert by the Mizrahi pop band The Revivo Project, and a open-air swing dance party at Jerusalem’s new First Station venue.

One cancelled event originally planned for Thursday will prove to be extremely challenging to reschedule. Contact Point, the flagship event of the annual Jerusalem Season of Culture, a showcase of cutting-edge Jerusalem-based and Jerusalem-inspired arts and culture, takes place at the Israel Museum and involves hundreds of artists, performers and technical support staff. In previous years, some 5,000 culture-lovers streamed to the museum’s buildings and outdoor spaces for the event, and a similar number was expected for Thursday night.

“The fact that we simply could not provide access to shelter for 5,000 people in 90 seconds or less and the instructions from the security authorities that we had to postpone Contact Point released us from our having to decide what to do,” said JSOC executive director Naomi Bloch Fortis.

“Before the decision was made for us, we had been debating back and forth what to do,” Fortis shared.

“On one hand, we felt that with the tense mood, many of our friends and family in other parts of the country stuck in bomb shelters, and some of our participating artists and some of the museum’s staff called up for military reserve duty, it didn’t seem right to continue as planned,” she continued. “On the other hand, we also felt that we should not let our enemies dictate how we will live our lives. Art is so important and can help us take a fresh look at things in a time like this.”

While it is hoped that some version of Contact Point will take place later this summer, the 31st annual Jerusalem Film Festival will open as planned on Thursday. The only major change to the program has been the postponement until July 17 of the gala opening event scheduled for Thursday evening in the Sultan’s Pool.

“We are able to proceed as planned because the movie theaters at the Jerusalem Cinemateque in which the films will be screened are technically safe rooms,” explained JFF publicist Maya Karvat.

Although Fortis is disappointed that Contact Point has been postponed, what saddens her far more are the events that have unfolded in Jerusalem and Israel in recent weeks.

“The situation is very painful,” she said. “Jerusalem has been going through a terrible time.”