Searching for My Parents’ Past in Vienna 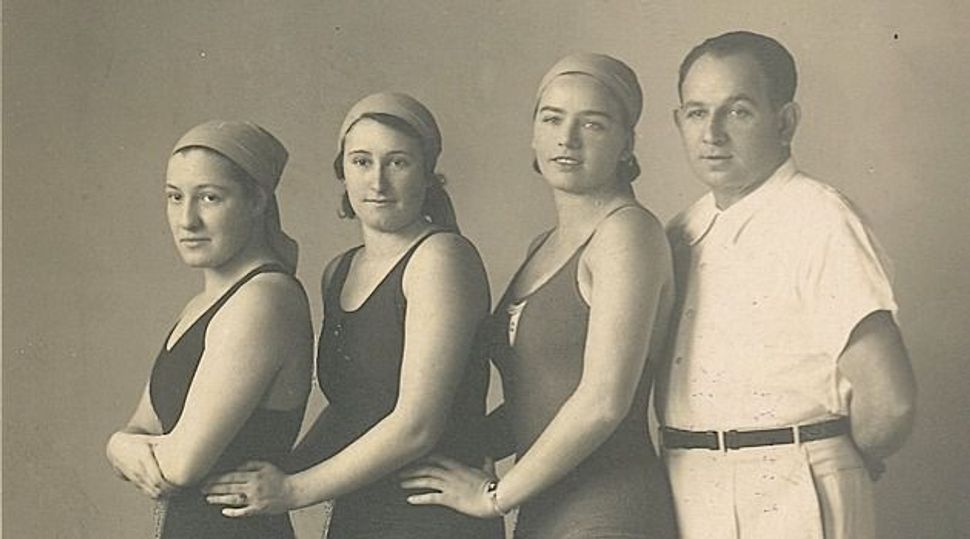 I know you can’t go home again, especially if home is a country your family was forced to flee. I was under no illusion that a lilting Strauss waltz would be the soundtrack to my visit to Vienna, where both my parents were born. Still, I’d traveled to the city earlier this summer to see how my relatives had lived, not to dwell on their victimization. Which is why I was looking forward to exploring the Jewish Museum Vienna — and why I was also dreading it.

I figured that, just as the Anschluss looms over all the books I read about fin-de-siecle Vienna, the horrors of the Holocaust were bound to shadow a place devoted to tracing the city’s Jewish past. Indeed, the institution itself was collateral damage. The world’s first Jewish museum, established in 1895, it was shuttered by the Nazis in 1938, its sacred objects and cultural artifacts from throughout the Austro-Hungarian empire dispersed.

The main Dorotheergasse branch of the museum is on one of the narrow streets that thread through the city center, just blocks from such popular attractions as St. Stephan’s Cathedral. It’s only natural that the words “Jüdische Museum Wien” would appear on directional signs helping visitors navigate this maze-like tourist hub. Nevertheless, I was spooked to encounter the word “Jüdische” in bold German letters on an arrow pointing towards my destination. I felt suddenly exposed, like I had sprouted a yellow star.

My anxiety dissipated once I entered the airy, light-filled building, the former Palais Eskeles. It was a relief to discover that the permanent exhibition on the ground floor, “Unsere Stadt! (Our City!),” doesn’t dwell on World War II, at least not directly. Rather, such displays as the photographs of Margit Dobronyi, which document everyday Jewish life from 1960 to 2000, are meant to convey that a small but vital Jewish population is now thriving in Vienna. The Jewish community is now estimated at between 10,000 to 12,000 people — down from 185,000 before the war. Some of the Jews are returnees, but more are immigrants from Eastern Europe.

But I was more interested in my parents’ era, the interwar years, and it was a photograph on the mezzanine of the women’s Hakoah swim team that resonated. I had never heard of the once-renowned Viennese Jewish sports club, whose athletes shone in many arenas, but my mother was an aquatic fanatic, swimming 50 laps in an Olympic-size pool three times a week up almost until she died at age 78. I was also tickled to see Theodor Herzl represented by a bicycle hanging from a rafter of the soaring atrium, and to learn that Herzl was taught to ride by another bookish Jew, playwright Arthur Schnitzler. It’s a clever visual shorthand for the transition from intellectual Jewish Vienna to the muscular, kibbutznik Zionism that Herzl birthed there.

This light touch is carried through to the second floor, which highlights famous Jews of the pre-war era. For example, the Sigmund Freud display features a Freud action figure and plush doll as well as an Andy Warhol portrait. I suspect the father of psychoanalysis would have enjoyed the conceit. I base this impression not only on the fact that Freud wrote a book titled “Jokes and Their Relationship to the Unconscious” but also on the self-deprecating wit of a Viennese Jewish man I knew well, my father.

On first glance, the third floor collection of Jewish artifacts seems the most conventional, and the most poorly displayed. There are ornate silver torah crowns, candlestick holders, Sabbath plates, many of them seemingly identical and all crowded together, making it difficult to appreciate the beauty of the individual objects. Then you realize that this is a Visual Storage area, with rows of shelves receding into the distance. This type of exhibition is not particular to this museum but it is particularly meaningful here, with its evocation of the confiscation and storehousing of Jewish property.

It is one of the many ways that the museum tells the truth about the war years, but tells it slant, as Emily Dickinson put it. Another branch of the museum, across town, deals with war loss more explicitly, if not more graphically, through an artistic Holocaust Memorial. Having successfully achieved the goal of examining the milieu of my relatives, while avoiding unpalatable representations of their fate, I decided to pass. Besides, although I overcame my initial anxiety at seeing the signage at the Dorotheergasse location, I was not sure I was ready for a visit to the museum’s other address, a square called Judenplatz.

Searching for My Parents’ Past in Vienna