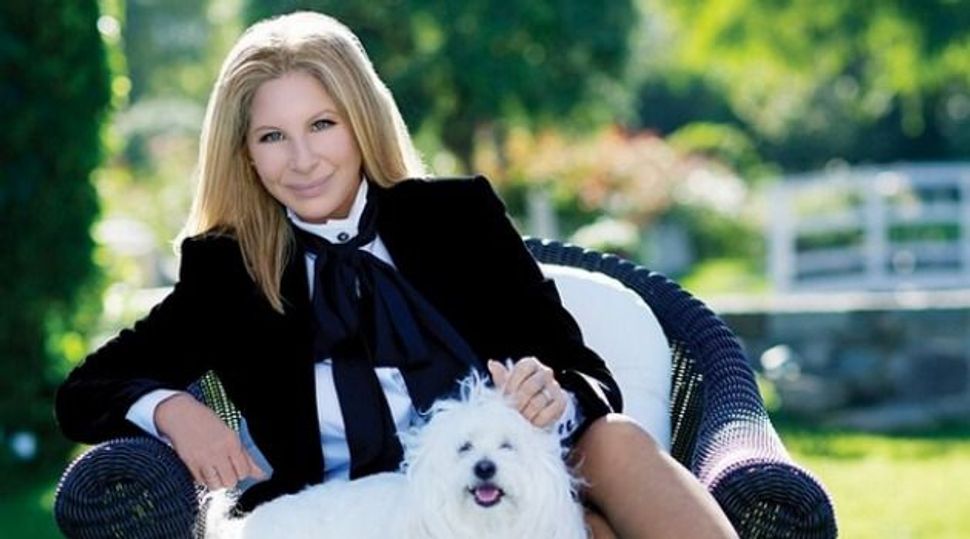 To all those Barbra Streisand fans out there (which should be everybody) you can now follow our favorite Funny Girl on Instagram!

I happened came across “Funny Girl” on Turner Classic Movies last Sunday afternoon and watched it for the first time in about twelve years. When I was a little, it was one of the twenty or so VHS’s that my parents had stacked next to the television.

After re-watching it, and laughing uproariously through the pregnant bride shtick that Fanny Brice planned for her opening night at Zeigfield Follies, I have since decided that everyone who has not seen “Funny Girl” recently is seriously missing out.

Especially — as Isabel Fattal over at Tablet pointed out — given that most teenagers and young people only know “Don’t Rain on my Parade” as “that song Rachel Berry sang on Glee.” Well, the Glee cast did sing the song twice, one straightforward rendition that gained acclaim and another jazzed up version. Lea Michele, who plays Rachel Berry, even sang it for the 64th Tony Awards in 2010. (Skip to 2:39 for the song.)

But of course that version shouldn’t even be mentioned in the same breath as the Streisand original.

Still, to me, it’s Barbra’s show stopping rendition of “People” that deserves all the recognition.