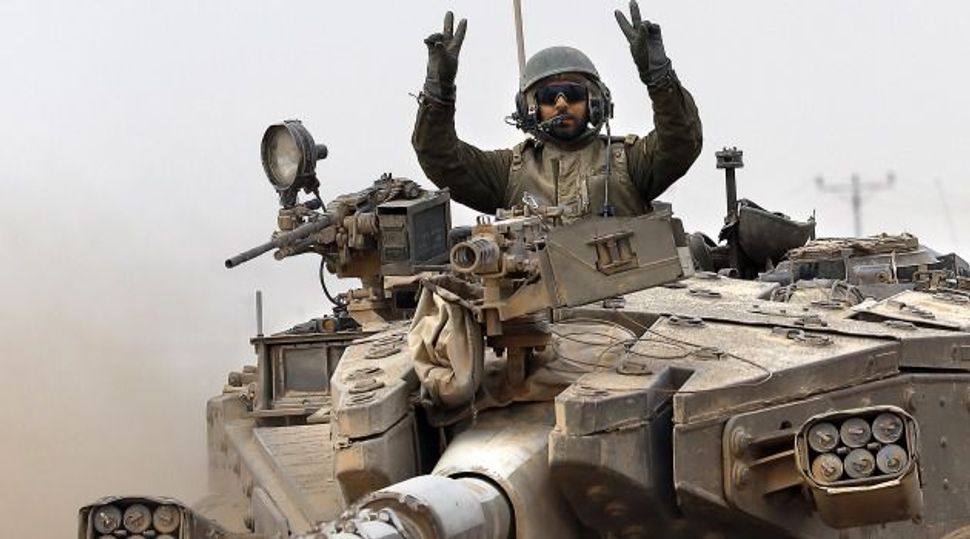 Soldiers serving in combat units in the Israel Defense Forces are now being asked to make another sacrifice: donating their sperm.

Israeli parents seeking sperm donors at the Rambam Medical Center have shown a noticeable preference for the sperm of combat soldiers in the wake of the Gaza conflict.

In recent weeks, nearly half of the women seeking sperm at Rambam’s sperm bank have requested the sperm of combat soldiers, according to a statement by the sperm bank.

“Women seeking sperm donors build an ideal profile in their head of the father of their future child,” said Dina Aminpour, head of the Rambam Medical Center’s sperm bank. “The Gaza military operation and the tales of the bravery of the IDF soldiers served to clarify the personality traits which were important to those requesting donations.”

But the patriotism isn’t the reason parents are flocking to combat soldiers’ sperm; the soldiers’ genetics play a role, too. Women assume that combat soldiers will be “fit, healthy, resilient and determined, among several other important attributes,” according to Aminpour.

When it comes to recruiting donors, Israeli sperm banks often feel like they’re swimming upstream. The sperm bank at Rambam Medical Center, the largest hospital in northern Israel, is facing a major shortage of donors, and reported having only 10 donors as of last month.

Only 10% of potential donors qualify for the sperm bank, thanks in part to low sperm quality, according to Dr. Shachar Kol, director of Rambam’s artificial insemination clinic. The sperm bank is using the news of spike in demand for combat soldiers’ to put out a call for more donors. “[T]he center itself is suffering from a shortage in quality donations, and is desperately looking to recruit more men to donate,” the sperm bank said in its announcement.

It wouldn’t be the first time the sperm bank has taken a clever approach to recruiting donors. About three years ago, it teamed up with a local graphic design school to produce snazzy advertisements aimed at male college students.

The results were both humorous and shocking. “Think you’re God’s gift to women? Prove it,” one ad reads. Another shows a box of tissues, along with the phrase “It’s in your hands.” In a third, the words “Giving sperm: it’s a lot more pleasant than giving blood,” appear next to a winking baby.