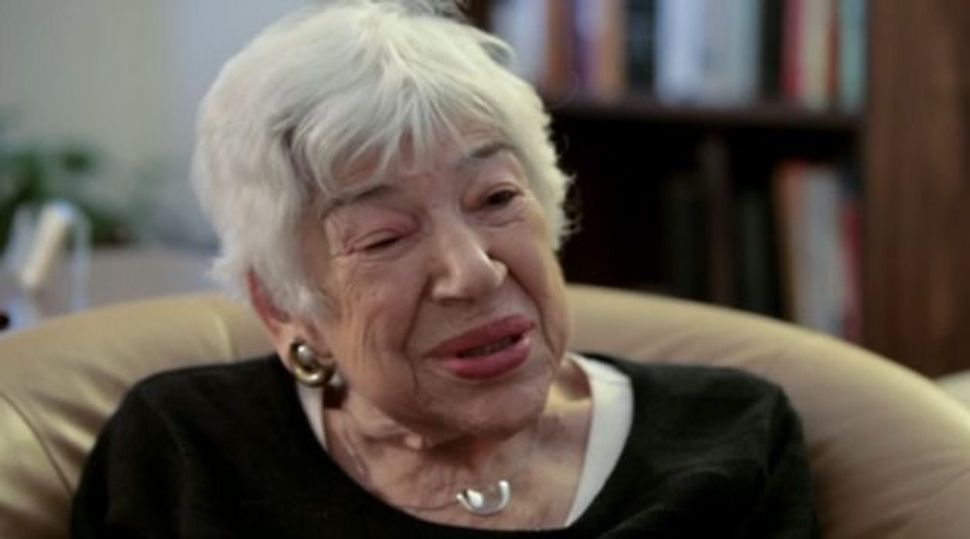 But as Charlotte Altman at Time Magazine points out, Shirley Zussman’s venerable age may actually be the least astounding thing about her. An almost lifelong Manhattanite, she lived in Berlin during the cabaret years, graduated from Smith college the same year as Julia Child (1934), and was mentored through her dissertation by Margaret Meade.

In 1966, Zussman and her husband, Leon Zussman (a gynaecologist who, incidentally, performed the first legal abortion in New York), were invited to a conference at which William Masters and Virginia Johnson were the main speakers. The original “Masters of Sex” (now the subject of the eponymous Showtime hit), took the couple under their wing — when the sex gurus expanded their practice to New York, the Zussmans were there, opening the Human Sexuality Clinic of the Long Island Jewish-Hillside Medical Center.

Leon died in 1981. But Shirley Zussman isn’t letting something like entering her second century slow her down. Born in 1914 (less than a month after the assassination of Archduke Franz Ferdinand), she continues to see patients in an office on the ground floor of New York City’s East 79th Street (some, as New York Press reports, are as young as their 20s).

In a recent interview, Zussman bestowed some of her wisdom (after 100 years on this Earth, let’s face it — she’s freakin’ Yoda) on the so-called “hook-up generation”:

“I think there’s a big change in the way we view casual sex. In the 60s it wasn’t just casual—it was frantic. It was something you expected to happen to you, you wanted it to happen, it was sort of a mad pursuit of sexual pleasure. But I think over time the disadvantages of that kind of behavior began to become apparent. There was the emotional crash– the intimacy was not there in the way that people need and want. There was a concern about sexual diseases, and then eventually AIDS made a major impact on calming that excitement.”

I think what was expected of casual sex – frantic sex– was something that didn’t deliver. Because in the long run, sexual pleasure is just one part of what men and women want from each other. They want intimacy, they want closeness, they want understanding, they want fun, and they want someone who really cares about them beyond just going to bed with them.”

I think hooking up includes some aspect of the kind of sex we were just talking about, but in a very much modified, and limited way. It’s not as frantic.”

In other words, just take a chill pill — hooking up is nothing new. In fact, it’s older, even, than Shirley Zussman.

For more advice, check out the full interview here.