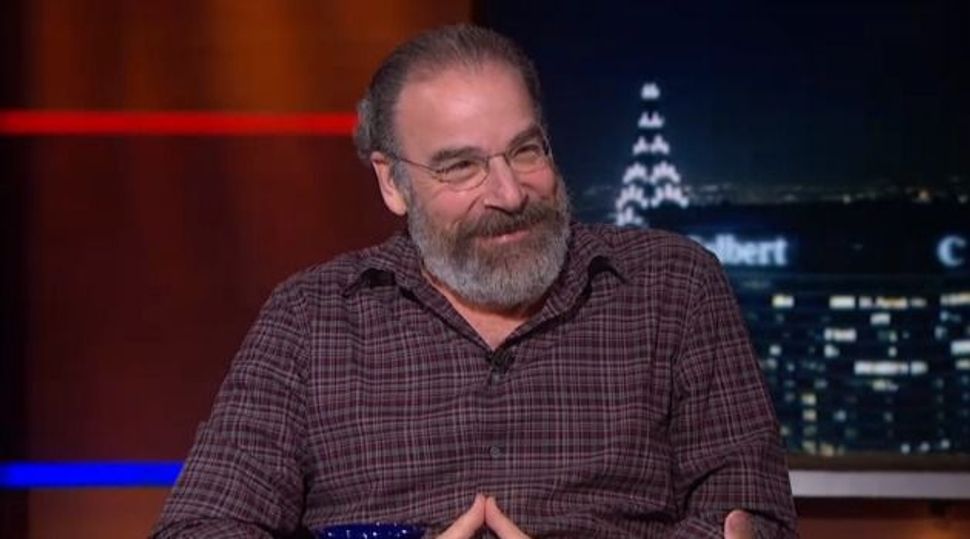 Watch out, Netanyahu. You’ve got company.

Mandy Patinkin, star of the hit TV series “Homeland,” announced Tuesday night that he wants to be Israel’s next prime minister. Patinkin delivered the news while promoting the new season of “Homeland” on the set of the “Colbert Report.”

“I am going to tear a page out of your book…and I’m going to enter myself to be possibly elected as the new prime minister of Israel,” Patinkin told host Stephen Colbert, who himself launched a failed bid for president in 2008. He said plans to run in order to “balance my participation in this world for however long I might have left to be in it.”

Patinkin, who is known for his dovish views on Israel, invited the ostensibly hawkish Colbert to become his security advisor. “The combination of the two might calm the region into, on occasion, laughing at itself,” said the man better known as revenge-obsessed Inigo Montoya.