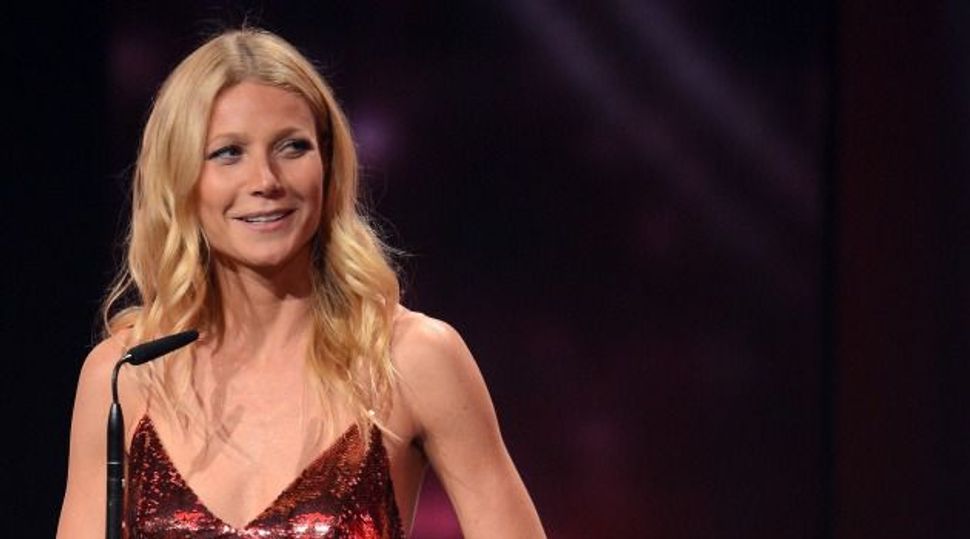 Sources say that the 41-year-old actress has developed an interest in Kabbalah and that her desire to raise her kids in the Jewish faith may have contributed to her split with Coldplay singer Chris Martin earlier this year.

In 2011, Paltrow appeared on the show “Who Do You Think You Are?” where she was told that she was descended from a line of influential Eastern European rabbis. How’s that for a wake-up call?

Paltrow is also close friends with Michael Berg, a co-director of the Kabbalah Center in Los Angeles, which gives spirituality lessons to other celebrities such as Madonna and Lindsay Lohan.

This news does not come as a total surprise, since Paltrow’s father was Jewish and one of her sons is named Moses. The Daily Mail notes that Paltrow described herself as a “Jewish princess” in an interview with The Guardian five years ago.