That Time Drake Was in ‘Harry Potter’ 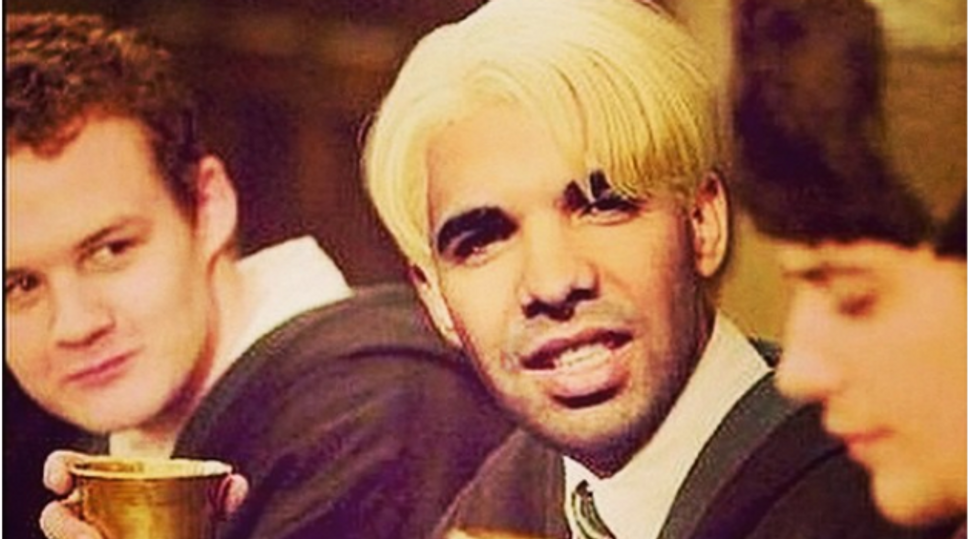 When I was in 5th grade, I had a deep dark secret. Upon turning 11, I fully expected to receive a letter by owl post, summoning me to join my class at Hogwarts School of Witchcraft and Wizardry.

Judging by the picture Drake posted to Instagram this weekend, it seems I wasn’t the only one.

The Jewish Canadian rapper captioned this little gem: “Me at Hogwarts scheming on Hermoine #DrakeOMalfoy #CantStandMuggles”

But Drake — come on: It’s HerMIOne, not HerMOIne.

Swish and flick on out of here.

That Time Drake Was in ‘Harry Potter’