How Isabel Rose Went From Acting to Writing to Music 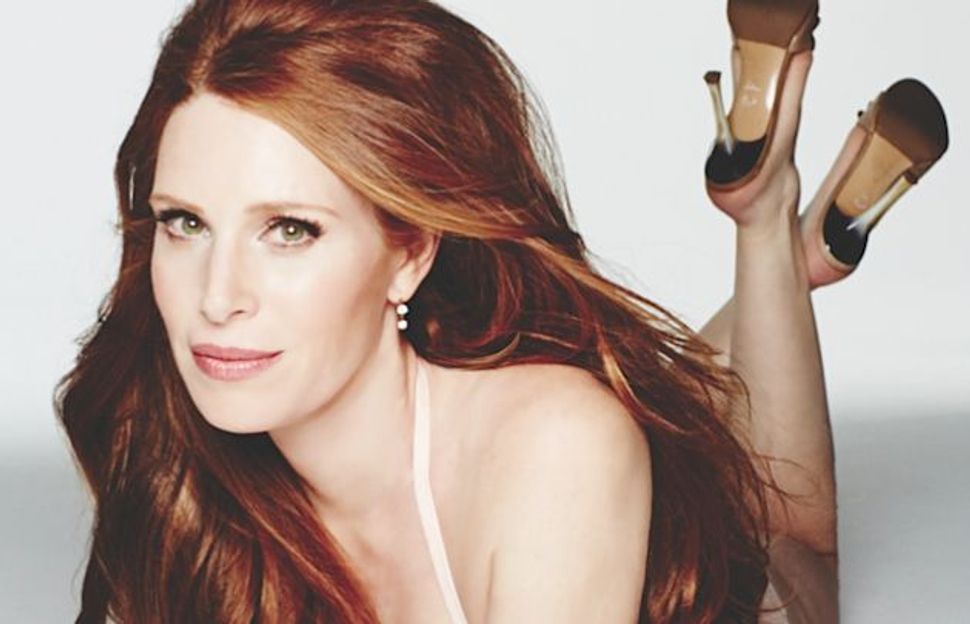 The first song on Isabel Rose’s new CD is “Lot of Livin’ To Do,” an especially appropriate choice. She has already packed a lot of living into her, uh, years on planet Earth.

“I don’t want to distract people,” Rose said about her age. In a phone interview with the Forward, she added, “I prefer they not focus on whether I look good for my age. That is too much of a preoccupation, too much of a distraction from a person’s work.”

As it happens, Rose has an extremely lengthy and varied body of work for a person of any age. She acted at the Williamstown Theater Festival, landing a main stage production just weeks out of school; she’s written a best-selling novel (“The J.A.P. Chronicles”) that she subsequently turned into an off-Broadway one-woman musical; she wrote the screenplay and starred in an independent film (“Anything But Love”); and, now, her new album of standards, “Trouble in Paradise,” which drops September 16.

Rose spoke to the Forward about her family — she’s the scion of the wealthy, influential and charitable New York real estate clan — about Friday night Jewish song fests, and what she wants to do when she grows up.

Curt Schleier: I read somewhere that your family prefers a low profile and wasn’t thrilled with your career choice.

Isabel Rose: I’ve been very fortunate to have extraordinary support from my family. I have a very big family and there are always a few Roses out there [when I perform]. It upsets them that people might construe who I am based on who they are. It’s always easier to reduce someone by saying they come from a fortunate background and bought their way to success. “Maybe she paid someone to do that work.” When I was younger, that was something I was sensitive about.

That’s something you had a problem with. What bothered your family?

Definitely some members of my family were old fashioned. They felt your name should only appear in a newspaper on your marriage and death. They definitely didn’t understand reality television or anyone’s desire to expose anything about themselves.

What was it like growing up in that kind of environment?

The main focus of my childhood was Judaism. I’m from a Reform Jewish family. Some people think that means we didn’t observe. We were observant. My parents never left the house Friday nights. Luckily with you I don’t have to explain what that means as I do with other reporters. We would eat and sing Jewish songs. I learned how to play guitar when I was 8 and I would teach the guests. We would have a blast and sing in harmony. It was incredibly joyful and after the meal we would pile into the living room and my father would come in with two canisters containing movie reels — this was before VHS — ands we would get movies. I would entertain when he changed the reel. And that was the essence of my upbringing, focusing not so much on privilege than exposure to culture, Broadway shows, New York City ballet, travel. We went to Israel to see where my family is from [they emigrated to Palestine from Russia before coming to the U.S.] and my grandmother is buried there. The emphasis was on education and tzedakah.

You said your father was a teacher. Didn’t he enter the real estate business?

My great uncle and grandfather made it understood that the three sons would go into the family business in traditional immigrant terms. That suited my two uncles, but not my father. He went to Yale, majored in engineering and joined the business. He oversaw a construction site, where he did not do well at all. He built a building that was an eighth of an inch off. It doesn’t sound like much, but let me put it this way: He would have been fired if it wasn’t a family company. My father had this great love of history, and went to night school for 13 years [for graduate degrees]. He gave us [my sister and I] the best education we could get. We all went to private school. And then after we were finished he left the company and spent 20 years as a revered professor at NYU.

Was there any pressure on you to join the company?

When I was growing up, the whole message was to marry well.

I’ve been married a few times so it depend son your definition of “well.” I’m happily married now to a man I met on JDate.

Given all this, what was your career trajectory like?

I went to Yale and was the lead in all the shows during my four years there. But I didn’t think I wanted to act; it made me crazy. I spoke to a guidance counselor who told me, don’t be silly. You’re very good. You have to act. The Williamstown Theatre Festival came to audition students in the graduate theater program. I walked in and didn’t tell them I was an undergraduate. I got cast in what was called the non-equity company. But my first week there, someone in the main stage production broke her leg and they came down and asked if anyone here could sing and dance. I raised my hand and was on the main stage [in “A Funny Thing Happened On the Way to the Forum”]. I was unhappy and my father said to me, “Just because you’re good at something doesn’t mean you have to do it.”

Your next project was “The J.A.P. Chronicles,” about the post- summer camp lives of a group of Jewish women. Was it based on you or people you know?

I’m sure there are aspects of me in all of them, but this is really a piece of fiction inspired by my observations. No, I didn’t know those girls. I was inspired by Edith Wharton’s “The Age of Innocence,” which reflects on the customs of the rich in the Gilded Age. I was interested in the notion of who are our rich families and I thought about the Jews. I also ran into a girl who’d been in my bunk at a Jewish camp and I was admiring her long hair. She told me it was a wig and that she had cancer. Then she said, “I’m sure you’ve heard about my family. My father is out of jail and living in Florida with his girlfriend.” She’d become the largest selling broker at this company. I got into a taxi and I thought we all start out in the same boat but life has its own journey for each passenger.

Then came the musical based on the book, and now a career in music. Exactly what is it you want to do when you grow up?

I want to be spreading joy and inspiration.

Cynical? I think I have to see how the album does. It’s important for me to get it out to the world and, depending upon how it does commercially, I will see.

Isabel Rose will appear in New York at The Cutting Room on September 16 and 54 Below on October 1, singing songs from Trouble in Paradise.

How Isabel Rose Went From Acting to Writing to Music