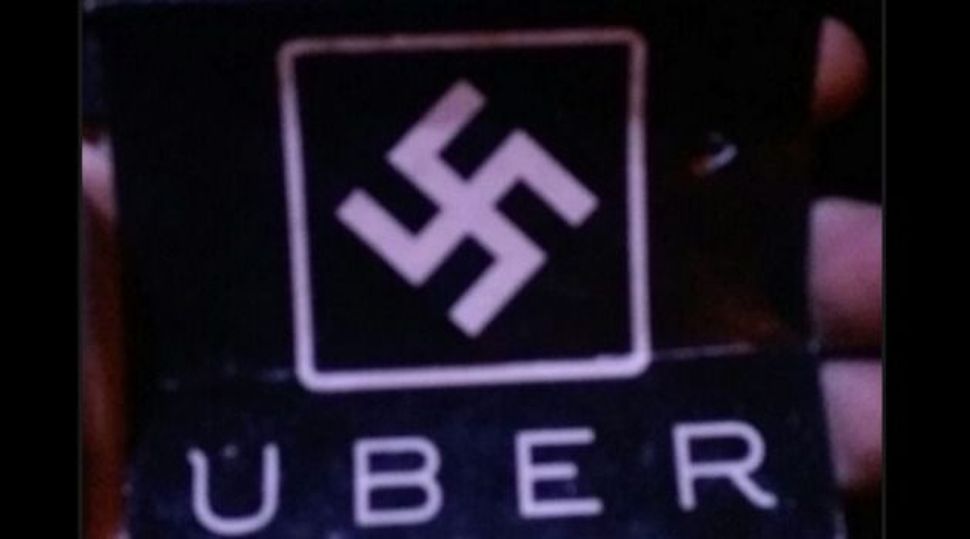 As if Uber hasn’t gotten enough negative press this month, the NYPD is investigating the flyers showing swastikas above the taxi app’s logo that have mysteriously appeared on Bedford Avenue, in Brooklyn.

“Uber is not involved with this disgusting act of hatred” Josh Mohrer, general manager for Uber in New York, said in a statement.

As New York Magazine’s Daily Intelligencer points out, the handouts may very well be a tasteless transportation protest as opposed to an anti-Semitic hate crime. But putting up the flyers in Hasidic Williamsburg — really?

The NYPD investigation is ongoing.