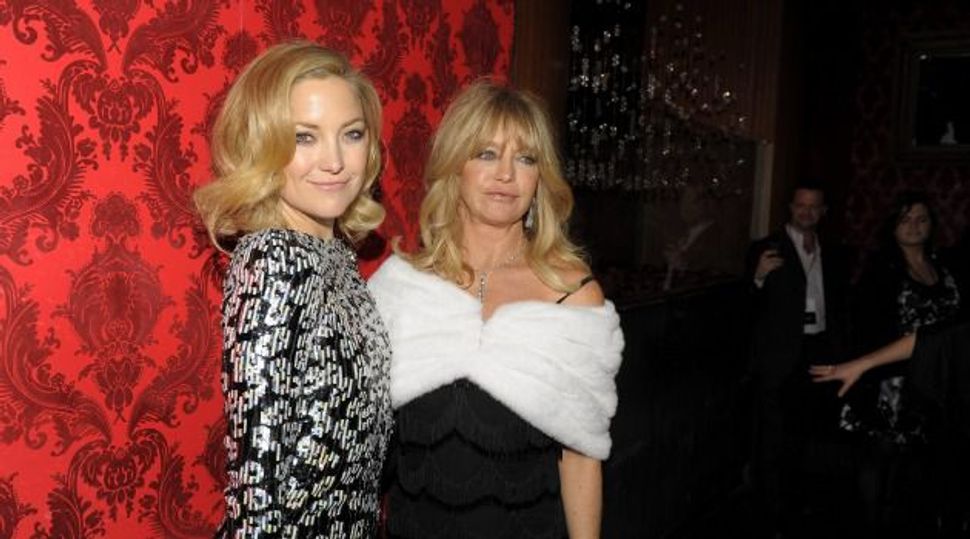 Kate Hudson and Goldie Hawn have a very special talent — and it’s not acting.

The subject came up during an interview with British talk show host Alan Carr, set to air later tonight. Here are a couple of soundbites (via The Independent):

Me and my mum Goldie can see dead people,” said a dead pan Hudson.

“It is not really seeing, it is feeling a spirit; a fifth energy.”

“I believe in energy. I believe our brains can manifest into visual things.”