Forging Art for Fun and Philanthropy 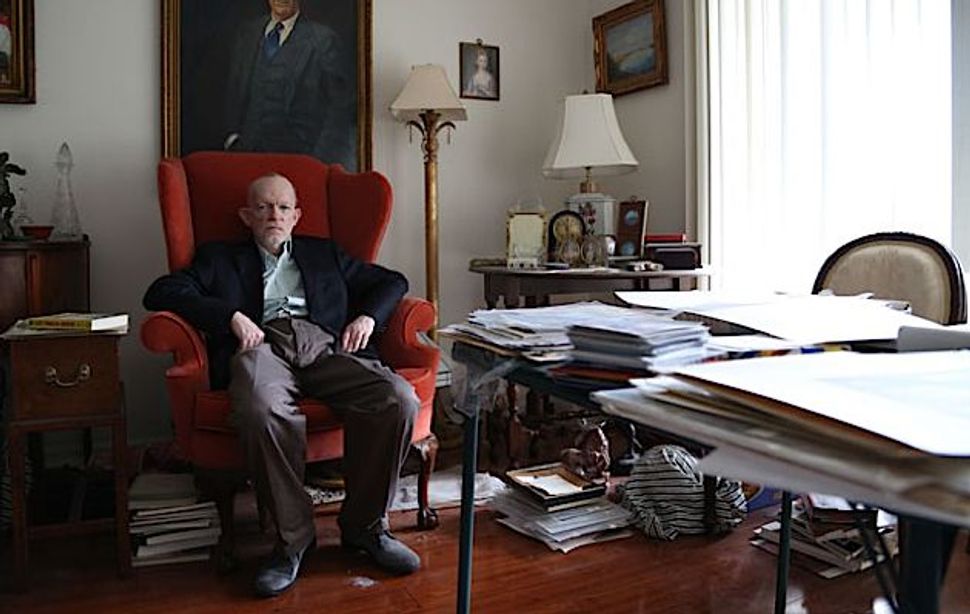 Art forger Mark Landis is the subject of the documentary “Art and Craft,” directed by Sam Cullman, Jennifer Grausman and Mark Becker. The film focuses on Landis’s history of art forgeries and the process he went through to create and donate them. The film also features Matthew Leininger, a museum registrar from Cincinnati who discovered the fakes and made it his mission to track down and stop Landis.

At the age of 17, Landis took the death of his father very hard. He was sent to a mental hospital for treatment and diagnosed with schizophrenia. Later he took art classes at the Art Institute of Chicago and worked on repairing damaged paintings. He bought an art gallery but it went bust. At 30, he went back to live with his mother.

In an attempt to honor his father and please his mother, Landis donated a Maynard Dixon painting he’d copied to a California museum. After that went well, he continued to paint dupes and donated them to 60 museums over a 20-year period. Most times he approached the museums impersonating a priest.

Landis said, “I liked being a priest and being kind to people. I remember once I was at a bus station and saw a family who had everything they owned tied up in boxes so I watched all their things for them when they wanted to go off and do something. Then, when they came back I gave them a blessing and sent them on their way. I’ve also comforted people at airports, with marital problems.”

In 2007, Landis offered a few paintings to the Oklahoma City Museum of Art. The museum’s registrar, Matthew Leininger, investigated the pieces and discovered that one of the paintings had already been donated to the SCAD Museum of Art. Leininger dug deeper and found out that Landis had tricked more than 60 museums in 20 different states. It became Leininger’s mission to stop Landis from deceiving museums. Landis did not sell any of the paintings, so he has never faced legal charges for the fakes.

We talked to directors Cullman and Grausman about meeting Mark Landis, authenticity in art, and what will be in the DVD extras.

Dorri Olds: How did this project begin?

Sam Cullman: The film was inspired by a 2011 article written by Randy Kennedy that ran in The New York Times. Jennifer read it and she showed it to me. What was really interesting was that the writer had not met Mark. They told the story from the perspective of the museum curators who had been duped and that left a big gaping hole in the story. We knew we had to find Mark [Landis]. Once we met him we knew there was a film to be made.

Jennifer Grausman: I have an art background and I’d been researching art crime and forgery. After I read The Times article about Mark and Matthew Leininger I couldn’t stop thinking about it. I got in touch with Matt and he asked Sam and I to come to Oklahoma. Sam and I went and filmed Matt. He was a great character who had a story but it only convinced us more that we had to find Mark. Once we did, we spent several months on the phone getting to know Mark so he could vet us.

How have things changed since you made the film?

Sam Cullman: You work on a film in isolation and never really know what’s going to happen. It was Jennifer, myself and co-director Mark Becker — just the three of us for three years. Then we were accepted into the Tribeca Film Festival where we had our premiere. That was an excellent place to release the film. Mark came and so did our other main subject, Matt Leininger. From there it’s been really wonderful — it was picked up for distribution and will be in theaters September 19. It’s opening nationally. It starts in New York, then in L.A. and then rolls out nationally through November. We’re so excited to take our film out of our little indoor life and bring it to the world.

Matt [Leininger] seemed so angry and on such a myopic mission.

Jennifer Grausman: Matt explained it a bit. When he gets onto something he can’t stop until he finishes. But also I think he has many strong feelings, as many museum people do, about originality and wanting to protect authenticity. After he was taken in he wanted to get the truth out there.

Do you agree that he seemed to have tunnel vision?

Sam Cullman: Yeah, but you have to remember that Matt only met Mark briefly and it was when Mark had posed as a philanthropist. He didn’t know Mark the way we got to know Mark, so there’s a gap there. From Mark’s view he was doing a good thing by posing as a philanthropist and donating his paintings to museums. Matt comes from the art world and is very invested in the concept of authenticity and I think Matt thought Mark was out to get him in various different ways, like to thumb his nose at their authority or to mock them. I think every curator felt that way.

Can you describe the filming process?

Sam Cullman: We took 10 to 12 trips down to Mississippi to spend time with Mark. We spent a considerable amount of time together in Mississippi and then in Cincinnati where the exhibition was. The production part of the process was about 2.5 years and it took about eight months out of that to edit the film.

Did editing feel like you had to “kill your darlings”?

Sam Cullman: With this film, as opposed to others that I’ve worked on, I think we were pretty economical about what we needed in order to tell this story. I don’t think there was a lot of great stuff that ended up on the editing floor. We have gone through our material and there will be extras on the DVD including four scenes we wished could’ve made it into the film. For the most part we feel all of the important stuff is in the film and we have to tip our hat to the editor Mark because he was so great he became a co-director. He was able to distill everything that we needed to say into a 90-minute film.

Jennifer Grausman: We’re still wrapping up things with “Art & Craft.” It will be on DVD by next summer. I’m also a screenwriter and working in fiction, so I’m finishing up a script that I started before this project. It’s a romantic comedy set in the art world.

Did you get to meet Robert De Niro at Tribeca?

Sam Cullman: He brushed passed me at a lunch. We didn’t meet him but we waved.

Did you meet Mark’s family members? Is there anyone to take care of Mark now that his mother has died?

Sam Cullman: Mark has a lot of folks in his orbit. A lot of them came out to befriend Mark and get to know him after he’d been exposed in The Times. Most of Mark’s family has been estranged or they passed away but there is an uncle who we met that looks after Mark and checks in on him. And Jennifer and I stay in close touch with Mark.

Jennifer Grausman: The person we probably spent the most time with was Donna, Mark’s former caseworker. She came to the New York showing of Mark’s art and came to a special screening of the film in Martha’s Vineyard. She had a great time and has reconnected with Mark.

Forging Art for Fun and Philanthropy