Writing ‘The Americans’ and Remaking ‘Can-Can’ 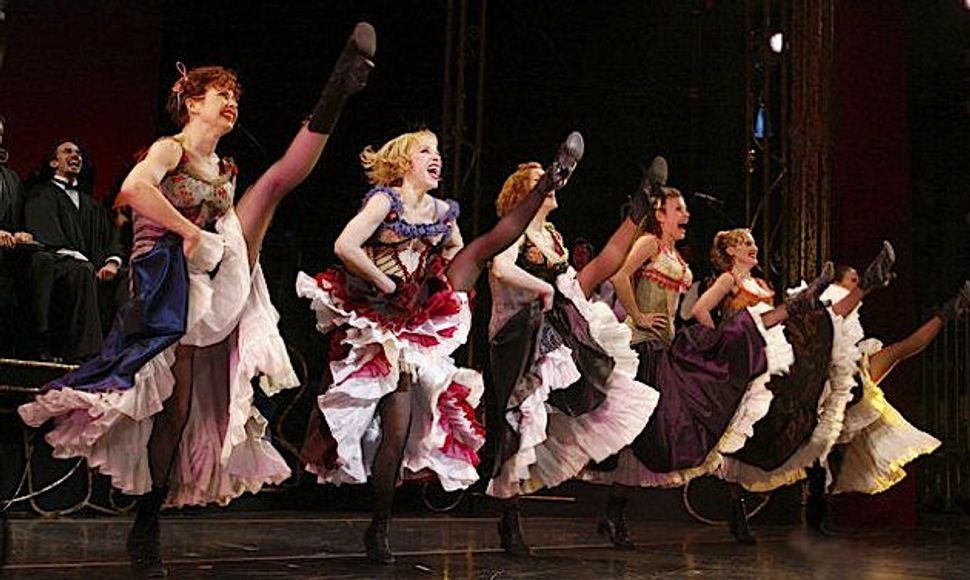 Joel Fields had me at “Hello.”

“A quick hello and let me tell you I can’t believe I’m getting a chance to talk to someone at the Forward. It was such a big part of my childhood. My dad, who passed away in January, was a rabbi [Harvey Fields, long time head of the Wilshire Boulevard Temple in Los Angeles]. I grew up in East Brunswick [N.J.]. We lived in Israel. We moved to Toronto where I attended the Bialik Hebrew Day School and learned Yiddish. And the Forward was always present in our lives.”

Fields made his bones as a television writer. He worked on “Ugly Betty” and “Rizzoli & Isles” and is currently writer and executive producer on “The Americans,” one of those hot water cooler shows on FX.

But that’s not the reason we’re talking. Along with writer David Lee (“Wings,” “Frasier”), Fields took on the daunting task of re-writing “Can-Can,” which opens October 1 at the Paper Mill Theater. The Abe Burrows-Cole Porter musical, featuring ageless songs such as “I Love Paris” and “C’est Magnifique,” was a success in both its Broadway and West End productions and spawned a Frank Sinatra movie. But subsequent revivals failed to wow audiences.

Fields spoke to his favorite paper about how this production came about, why it took more than a decade to make it to the stage, and why he doesn’t count his Broadway chickens before they hatch.

Curt Schleier: You’re a TV guy. How did come to make a musical?

Joel Fields: I wrote a play, “How I Fell in Love,” that was done at the Williamstown Theater Festival. Michael Ritchie [at the time a producer there] suggested David Lee to direct. David and I met for coffee and became very good friends. That was, I think, the summer of 2000. Then 9/11 happened and David lost his writing partner. He was looking for a project to lift his spirits, called me and said, “Let’s meet for lunch.” He had this idea to rewrite “Can-Can,” a play he’s always loved. I told him I didn’t know “Can-Can,” so he sent me the original book by Abe Burrows. And pretty soon we were writing together and working on character arcs, story arcs and having a great time at it.

“Can-Can” is sort of a classic. It must have been a daunting task to take on.

You’re right. It has the feel of a classic. But when you go back and look at the book you see it had a lot of dramaturgical problems. There was a lot that didn’t stand the test of time. Also it required such a big cast, it was unproduceable. One of the things David and I agreed on from the get-go was that we didn’t want it to feel as though a new book was written. Our goal was that a fresh audience should come to it today as though they were watching a classic that was polished, even though we were making large changes.

What took so long to get the show produced? It’s been more then 10 years. Was it a rights issue?

It turns out that David’s great friend and mentor is [Abe’s son] Jimmy Burrows. We began working on this project with his blessing. Apparently, Abe knew that there were issues with the book that needed to be addressed. That said, part of the long odyssey was finding the moments in time when the rights where available to us. We wrote the original script with the understanding that the rights were available, but it turned out they weren’t. Then, when they became available, we did a workshop and found out that they weren’t available again. Peter Feltcher, who runs the Cole Porter Trust, saw a production we were able to do in Pasadena and became an advocate. One of the things David and I are very proud of is that we did not raid the Cole Porter catalogue [as the “Can-Can” filmmakers did]. Every song Cole Porter had [in the original] “Can-Can” is in the show. In fact, we were able to retrieve a song he had written but was cut. So there is a new song, “Gay Paree,” that’s been restored here and opens the second act.

It’s a terrific place. You get a sense of the people and organization the moment you walk in the first day of rehearsals, how well run they are, how supportive they are.

It’s become an incubator for Broadway shows. “Can-Can” is supposed to move to Broadway. How does that feel?

I had a previous play going to Broadway. We had the Broadhurst Theater. Barnett Kellman was going to direct and Burt Reynolds was starring. Two weeks before we started rehearsals Reynolds pulled out. And the producers decided we couldn’t recast it in time for the opening. So for me, I’ll believe we’re opening on Broadway when we open on Broadway.

That’s a very interesting question. I know you didn’t ask me to rate the question, but it is a very interesting one. On the one hand, good writing is good writing, and you are at your best when you explore what’s in your heart. With that said, there is something unlimiting about theater. There isn’t the expectation that reality is going to be re-created as there is on television.

In the same way that Can-Can is different from most of what you’ve done before, so is “The Americans.” Is it easy to make the cross-genre jump?

What interests me is character, not genre. So I can work on a really interesting character-based spy story and at the same time a great classic uplifting musical.

When did the stage first interest you?

I developed a love for theater when we lived in New Jersey and I saw great shows at the Paper Mill, and at the George Street Playhouse [in New Brunswick]. When we moved to Israel, we used to read plays aloud as a family. My dad and I wrote our first play together, about Jacob and Esau.

Writing ‘The Americans’ and Remaking ‘Can-Can’